ECJ Blogs
Getting A Receiver In Aid Of Execution Just Got A Lot Harder
By Peter A. Davidson on 09.28.2021
Posted in Ask the Receiver 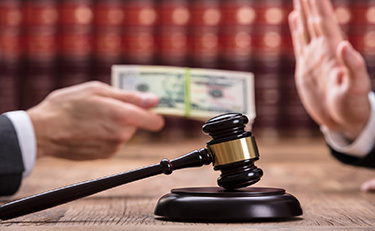 Q: I have a large judgment against a wiley debtor. While I was able to execute on some of his bank accounts, the road to his other assets, which I know he owns or controls, has gone cold. A friend of mine told me I should ask my lawyer to get a “receiver in aid of execution” to collect the judgment. How hard is it to get such a receiver?

A: It just got a lot harder. Prior to the adoption in 1982 of California’s Enforcement of Judgments Law (C.C.P. § 680.010 et. seq.), California Code of Civil Procedure (C.C.P.) § 564(4) provided the basis for appointing a receiver in aid of execution. It provided a receiver may be appointed: “After judgment …in proceedings in aid of execution, when an execution has been returned unsatisfied, or when the judgment debtor refuses to apply his property in satisfaction of the judgment…”. The Enforcement of Judgments Law included a new standard for appointing post-judgment receivers that was supposed to make it easier to obtain such appointments, by eliminating the requirements of § 564(4).

The new standard contained in C.C.P. § 708.620, however, has some odd language. It provides: “The court may appoint a receiver to enforce the judgment where the judgment creditor shows that, considering the interests of both the judgment creditor and judgment debtor, the appointment of the receiver is a reasonable method to obtain the fair and orderly satisfaction of the judgment.” The language that the judgment creditor has to show that appointing a receiver to help collect the judgment is in the interest of the judgment debtor, is so strange that commentators and the few cases discussing §708.620 simply ignore the requirement. Instead, they focus on whether the appointment is “a reasonable method to obtain a fair and orderly satisfaction of the judgment.” Up to now, few cases have opined on what the phrase means. Most of the reported cases have held a receiver can be used, and is reasonable, where, as stated in the Legislative Committee Comments to the section, a “writ of execution would not reach certain property.” Examples are a liquor license, which only a receiver can apply to satisfy a judgment (C.C.P. § 708.630), or intellectual property, because no method of levy exists for such general intangibles. See, Office Depot, Inc. v. Zuccarini, 596 F.3d 696 (9th Cir. 2010) (domain names); Yufa v. TSI, Incorporated, 666 Fed. App. 889 (Fed. Cir. 2016) (patent portfolio).

This limitation, however, has not stopped trial courts, at the urging of creditors’ counsel, from appointing receivers simply when judgment collection becomes difficult and, often, vesting such receivers with powers not authorized by the Enforcement of Judgment Law. Such inappropriate powers include authorizing the receiver to take a judgment debtor’s mail, having unfettered access to their property, or seizing a judgment debtor’s records. A judgment creditor under the Enforcement of Judgment Law has no such right or power.

The propensity of trial courts to appoint receivers in aid of execution in inappropriate cases and vest them with inappropriate powers has now resulted in an appellate decision severely limiting when a receiver in aid of execution can be appointed. Medipro Medical Staffing, LLC v Certified Nursing Registry, Inc. 60 Cal. App. 5th 622 (2021). In that case, Medipro, which had obtained a judgment for over $3 million against an LLC and its founder for a variety of business torts, obtained a writ of execution and served levies on 10 financial institutions to collect funds belonging to the judgment debtors; served levies on 11 hospitals who owed money to the judgment debtors; and obtained a charging order against an LLC interest held by the individual judgment debtor. The Court of Appeal criticized Medipro for not taking other enforcement steps before seeking the appointment of a receiver, such as serving post-judgment interrogatories, placing liens on the judgment debtors’ property, or taking their judgment debtor examinations, although it acknowledged Medipro had tried, unsuccessfully, 25 times to serve the individual with process to do so.

While Medipro collected over $400,000 from its efforts, the levies started to dwindle. Medipro, therefore, filed a motion to have a receiver appointed to take possession of the judgment debtors’ funds, mail, and books and records and to enforce the charging order. After striking Medipro’s hearsay evidence and its counsel’s opinion testimony, which was most of the evidence Medipro presented, the court granted the motion.

The judgment creditors appealed, and the Court of Appeal reversed. In doing so it announced a new heightened showing needed to have a receiver in aid of execution appointed. It held that while the trial court had the authority to appoint a receiver in aid of execution, because the statute so provided, it abused its discretion in doing so. The new standard the Court of Appeal set was that a judgment creditor must provide: “substantial evidence … that [the judgment debtor] had engaged in obfuscation or other obstreperous conduct to the degree that the other collection mechanisms available under the Enforcement of Judgments Law were ineffective.” Id. at 628 (emphasis in the original).

While the result reached by the Court of Appeal was probably correct, its analysis as to why is less than satisfactory, because it did not consider or interpret the actual language of § 708.602. Instead, it discusses and relies on cases decided prior to the enactment of § 708.602 in 1982. Worse, except for Morand, supra., the cases it cites are not receiver in aid of execution cases. They are cases where a receiver was sought: to deal with a corporate deadlock; a health and safety case; a pre-judgment receivership dealing with a partnership accounting; a pre-judgment receivership dealing with a claim for money; and a family law case to enforce a settlement in the case. They are not applicable because they are equity receivership cases, not enforcement cases, where the standard for appointment is different. The Court of Appeal first stated, citing these equity cases, that “the appointment of a receiver is a very ‘drastic’, ‘harsh’, and costly remedy that is to be exercised sparingly and with caution.” and that courts are “discouraged… from appointing a receiver unless…other, less intrusive remedies are either ‘inadequate or unavailable’.” Id. The court acknowledged that two cases go the other way. Both were decided after the adoption of § 708.602, but they too are not enforcement cases. See City and County of San Francisco v. Daley, 16 Cal. App. 4th 734, 745 (1993) (‘[T]he availability of other remedies does not, in and of itself, preclude the use of a receivership”); Gold v. Gold, 114 Cal App. 4th 791, 808 (2003) (same).

The Court went on to state that given the “sheer number of enforcement mechanisms for collecting money judgments” appointing a receiver “is reserved for ‘exceptional’ circumstances where the judgment debtor’s conduct makes a receiver necessary…through obfuscation or through otherwise contumacious conduct that has rendered feckless the panoply of less intrusive mechanisms for enforcing a money judgment.” Id. Again, however, every case the court relies on was decided before the adoption of §708.620 and its language that the creditor needs to show “the appointment is a reasonable method to obtain the fair and orderly satisfaction of the judgment.” But, at least some of the cases are judgment enforcement cases. Apparently, the Court believes that a receiver is only a “reasonable method” to collect a judgment under the very limited circumstances it lays out. It concludes: otherwise “it is difficult to see how the appointment of receivers would not become a routine part of the collection of judgments—a result at odds with the solid wall of precedent holding to the contrary.” Id. at 630.

So, when may a receiver in aid of execution be appointed? It appears only under two circumstances. First, where a writ of execution would not reach certain property, such as a liquor license or an intangible (copyrights, patents, trademarks, domain names, or other IP). Second, where the judgment creditor establishes with substantial evidence that the judgment debtor has thwarted collection efforts through obfuscation or other contumacious conduct. Examples the court cites are: a conspiracy to hide wage payments; structuring payments to render them immune from collection, “manifestly evasive” debtor examination testimony, or transferring title to property to avoid collection efforts. Id. at *628-29.