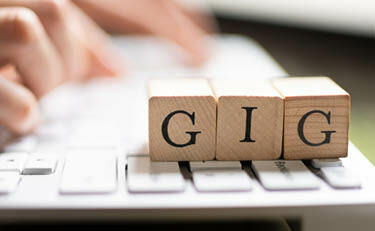 The agency’s press release states: “American workers deserve fair, honest, and competitive labor markets. Over the past decade, internet-enabled “gig” companies have grown exponentially, and gig work now composes a significant part of the United States economy. One study suggests the gig economy will generate $455 billion in annual sales by 2023. The rapid growth of the gig economy is made possible by the contributions of drivers, shoppers, cleaners, care workers, designers, freelancers, and other workers. Protecting these workers from unfair, deceptive, and anticompetitive practices is a priority, and the Federal Trade Commission (“FTC” or “Commission”) will use its full authority to do so. As the Commission’s past work and current initiatives illustrate, the agency’s broad-based jurisdiction and interdisciplinary approach to market harms make it well positioned to confront the challenges this model can pose to workers.”

The FTC announced that it would be collaborating with other federal agencies through policy work and partnerships, including with the Department of Justice and the National Labor Relations Board.

Companies using gig workers should be aware of these priorities at the federal level, and can anticipate future agency rule-making on this topic.  California employers must still deal with the state’s more restrictive independent contractor laws, which start with an assumption that all workers are employees and provides only limited exceptions.