ECJ Blogs
FDA to Investigate and Issue Guidance on "Healthy" Labeling
By Pooja S. Nair on 04.01.2022
Posted in Legal Bites 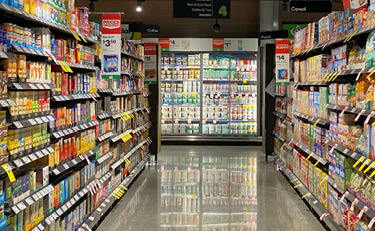 On March 25, 2022, the U.S. Food and Drug Administration (“FDA”) announced a public process to update the “health” nutrient content claim for food labeling. This process will include the agency’s review of a voluntary symbol that could be used to convey that a product meets the criteria for the nutrient content claim “healthy.”

The FDA issued a request for information on “healthy” labeling more than five years ago on September 28, 2016 and held a public meeting on March 9, 2017, but did not issue a new proposed rule. Until FDA issues guidance, food manufacturers can continue to use the term "healthy" on foods that meet the current regulatory definition.

Under the 2016 guidance, food manufacturers may use the implied nutrient content “healthy” on products which (1) are not low in total fat, but have a fat profile makeup of predominantly mono and polyunsaturated fats; or (2) contain at least ten percent of the Daily Value (DV) per reference amount customarily consumed (RACC) of potassium or vitamin D.

FDA also issued a 30-day procedural notice that it would be conducting quantitative consumer research on voluntary symbols that could be used to convey the nutrient content claim “healthy.” This notice builds on a previous notice, issued on May 2021 and incorporates the comments received in 2021.

Consumer class action litigation about “healthy” claims in food and beverage products has proliferated in recent years, so additional FDA guidance will be an important factor in future resolution of these cases.