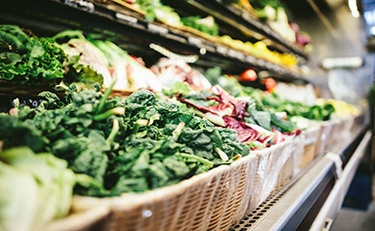 On September 21, 2020, the Food and Drug Administration announced a proposed rule to establish additional traceability recordkeeping requirements for companies who manufacture, process, pack, or store foods that the FDA has included on its Food Traceability List. This is an effort by the agency to help control outbreaks of foodborne illness.

Under the proposed rule, the agency will require recordkeeping to keep track of when food on the Food Traceability List is grown, received, transformed, created, and shipped. These recordkeeping requirements are referred to as Key Data Elements (KDEs), and the various stages for which the agency requires records to be kept are called Critical Tracking Events (CTEs). The agency has created a slideshow to explain what Key Data Elements would need to be maintained for each Critical Tracking Event.

The proposed rule contains several exemptions for producers of small quantities of food and for certain farmers and small retailers. For example, farms with less than $25,000 in average annual produce sales, shell egg producers with fewer than 3,000 laying hens, and other originators of food who sell less than $25,000 a year would not be required to meet these record-keeping requirements. Additionally, farmers who sell directly to consumers through internet sales or at farmer’s markets would also be exempted from these record-keeping requirements. Additionally, transporters of food, nonprofit food establishments, and individuals who make food for personal consumption would be exempted. The agency is also considering two different options for exempting or reducing the requirements for small retail food establishments, with less than ten full-time employees.

The FDA has proposed that the final rule would become effective 60 days after it is published in the Federal Register. The compliance date for all persons subject to the recordkeeping requirements would be 2 years after the effective date of the final regulation.

The FDA has characterized its proposed rule as a key component of its New Era of Smarter Food safety Blueprint. The agency’s press release states that “[t]he proposed requirements would help the FDA rapidly and effectively identify recipients of those foods to prevent or mitigate foodborne illness outbreaks and address credible threats of serious adverse health consequences or death.”

Public comment on the proposed rule opens on September 23, 2020 and will remain open for 120 days, closing in December 2020.