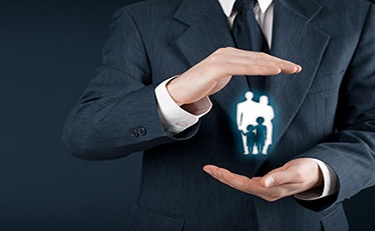 Life insurers faced with a claim for benefits within two years after policy inception will often conduct a post-claim investigation to ascertain whether the statements made by an applicant about his or her medical history and health habits were accurate. In those cases where an insurer determines that those statements were inaccurate, the insurer may seek to rescind the policy.

But there are exceptions to the principle that inaccurate information in an application automatically gives the insurer an absolute right to rescind. Thus, while the general rule is that an insurer may ordinarily rely upon the accuracy of information provided by the insured (Old Line Life Ins. Co. v. Superior Court, 229 Cal. App. 3d 1600, 1604 (1991)), an insurance company may not “blindly ignore evidence of misrepresentation, collect premiums, and then opportunistically rescind once a claim is filed. Under California law, [t]he right to information of material facts may be waived … by neglect to make inquiries as to such facts, where they are distinctly implied in other facts of which information is communicated. Cal. Ins. Code Section 336. Star Insurance Company v. Sunwest Metals, Inc., 2017 WL 2198969 (9th Cir. 2017).

The key defenses to an insurer’s recession based on alleged misrepresentations include the following:

No actual reliance. In order to support a claim for rescission, the underwriters for a life policy must have relied on the purportedly inaccurate information in recommending that the policy be issued. 6 Couch on Insurance 3d Section 82:10 (“Where a representation is false and relates to a material matter, an insurer which relied thereon in entering into the contract may avoid the contract of insurance when the representation was fraudulently made and in some jurisdictions even when innocently made”); St. Paul Fire & Marine Ins. Co. v. Abhe & Svoboda, Inc., 798 F. 3d 715, 722 (8th Cir. 2015) (in the insurance context, “reliance examines whether there was a causal connection between the misrepresentation or concealment of [the] material fact and the actual underwriter’s decision to issue the policy…”). Put differently, statements that were not relied on by an insurance company in accepting a risk cannot have been material to its underwriting decision.

No reasonable reliance. Separate and apart from whether an underwriter actually relied on an applicant’s statement, an insurance company’s entitlement to rescission may also depend on whether its supposed reliance was objectively reasonable. In this regard, an insurer has no right to rescind a policy where it has knowledge of facts or sufficient information which would cause a reasonably prudent person to inquire further. ClearOne Communications, Inc. v. National Union Fire Ins. Co. of Pittsburgh, PA, 494 F.3d 1238, 1250 (10th Cir. 2007). Put differently, an insurer will be denied rescission where there could be no “justifiable reliance” on an insured’s representations. Couch, op. cit., Section 85:7.

Estoppel and waiver. These principles were discussed by the court in Star Insurance. In that case, which involved a policy of fire insurance, the court noted that there were numerous pieces of evidence spanning nearly two years that “distinctly implied” the falsity of information in Sunwest’s insurance application. Among these was information available on the insured’s website and the outcome of site inspection — both of which reflected facts that were inconsistent with the answers in Sunwest’s application.

In these circumstances, the 9th U.S. Circuit Court of Appeals affirmed the district court’s finding that Star Insurance had possession of information that “distinctly implied” material misrepresentations on the application. The court also found that Star Insurance “failed to satisfy its duty to investigate such evidence. The duty of inquiry requires an insurer to not only ask questions, but also to investigate answers. See DuBeck v. California Physicians Service, 234 Cal. App. 4th 1254, 1267 (2015). Here, Star made inquiries, but then ignored the inadequacy of the answers it received. Having turned a blind eye for nearly two years, Star waived its right to rescind when Sunwest filed a claim.”

The holding in Star Insurance is in accord with the principle in life insurance cases that “when an applicant gives sufficient information to alert an insurance company to his particular medical condition or history, the company is bound to make such further inquiry as is reasonable under the circumstances in order to ascertain the facts surrounding the information given.” Ellingwood v. N.M. Investors Life Ins. Co., Inc., 111 N.M. 301, 308 (1991).

Similarly, an insurer put on notice of such “red flags” is deemed to have knowledge of the facts that a reasonable investigation into those “red flags” would have revealed. Couch, op. cit., Section 85:20. The failure of such an insurer to have carried out such a reasonable investigation will operate to estop that carrier from alleging any misrepresentation in the application which such investigation would have uncovered. See Golden Rule Ins. Co v. Montgomery, 435 F. Supp. 2d 980, 993 (D. Ariz. 2006) (an insurer cannot rescind a policy based on alleged misrepresentations if it has sufficient indications that would put a prudent person on notice so as to induce any inquiry which, if done with reasonable thoroughness, would reveal the truth).

The court in Star Insurance put it this way: “Where an insurer has before it information that plainly indicate[s] that the insured’s statements [are] not true, it has a duty of further inquiry to determine the pertinent facts. Rutherford v. Prudential Ins. Co. of Am., 234 Cal. App. 2d 719, 733-34 (1965). This includes a duty to investigate “information which if pursued with reasonable diligence” would reveal misrepresentations. DuBeck, 234 Cal. App. 4th at 1267 (internal quotation marks omitted).”