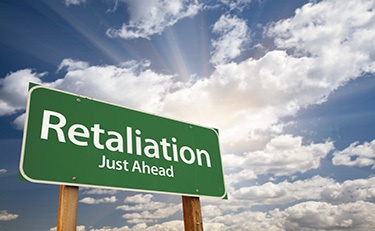 The Equal Employment Opportunity Commission (EEOC) recently issued its first enforcement guidance on employment-related retaliation in almost 20 years. The Final Guidance is in response to numerous court rulings on retaliation and the almost doubling of EEOC charges claiming retaliation, making retaliation the most frequently alleged basis of discrimination in the workplace.

The Final Guidance applies to retaliation under Equal Employment Opportunity (EEO) laws including: the Americans with Disabilities Act (ADA), the Rehabilitation  Act,  the Age Discrimination in Employment Act, the Equal Pay Act, the Civil Rights Act of 1964, and the Genetic Information Nondiscrimination Act.  All of these laws prohibit employers from retaliating because an individual engages in “protected activity,” which generally consists of either participating in an EEO process or opposing conduct made unlawful by an EEO law.

The Guidance completely replaces the EEOC's 1998 Compliance Manual Section 8: Retaliation, and while the Guidance doesn’t change the burden of proving a retaliation claim, it does clarify the elements that must be proved by providing a detailed explanation of each, with examples.  To prove a claim of retaliation, an employee would have to show that the employee participated in a protected activity, which usually involves a complaint of discrimination or harassment, that the employer took a materially adverse action against the employee, and that there is a causal connection between the protected activity and the employer’s adverse employment action.

To participate in a protected activity means either participating in an EEO process, which can include a formal filing with the EEOC or other administrative agency or court, or making an internally complaint within the company, or engaging in opposition activities, which are broadly interpreted, as made clear by  the wide-ranging examples provided.  Specific opposition examples include simply answering an employer’s questions about possible discrimination, making complaints to someone other than the employer, refusing to obey an order to make assignments based on race or other protected characteristic, and an employee’s request for an exception to an employer’s policy based on a reasonable religious accommodation.  Further, protection for opposition is extended to employees such as human resource personnel whose job would include opposing unlawful employment decisions.

Also broadly interpreted are actions deemed to be materially adverse, which include non-work related actions, such as excluding an employee from an after-work social function based on a complaint, and non-traditional actions such as disparaging someone to others or in the media, threatening reassignment, threatening an action against a family member, and abusive verbal or physical behavior even if it doesn’t create a hostile work environment.

The Guidance includes tips on interference with ADA rights and provides a list of “promising practices” for employers, which include having written policies and providing training regarding retaliation, communicating to employees that retaliation is not tolerated, and reviewing plans for employment-related actions to avoid claims of retaliation.

Along with the Final Guidance, the EEOC issued a question and answer publication and a Small Business Fact Sheet.

This blog is presented under protest by the law firm of Ervin Cohen & Jessup LLP.  It is essentially the random thoughts and opinions of someone who lives in the trenches of the war that often is employment law–he/she may well be a little shell-shocked.  So if you are thinking “woohoo, I just landed some free legal advice that will fix all my problems!”, think again.  This is commentary, people, a sketchy overview of some current legal issue with a dose of humor, but commentary nonetheless; as if Dennis Miller were a lawyer…and still mildly amusing.  No legal advice here; you would have to pay real US currency for that (unless you are my mom, and even then there are limits).  But feel free to contact us with your questions and comments—who knows, we might even answer you.  And if you want to spread this stuff around, feel free to do so, but please keep it in its present form (‘cause you can’t mess with this kind of poetry).  Big news: Copyright 2016.  All rights reserved; yep, all of them.