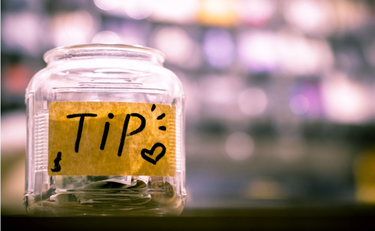 On December 11, 2020, the U.S. Department of Labor’s Office of the Inspector General (“OIG”) released a report finding that the Department of Labor (“DOL”) did not demonstrate that it followed a sound process in promulgating its 2017 tip rule.

The DOL published a Notice of Proposed Rulemaking of the 2017 tip rule on December 5, 2017. The 2017 tip rule rescinded portions of the DOL’s 2011 tip regulations under the Fair Labor Standards Act, which were passed by the Obama Administration. In issuing the 2017 tip rule, the DOL stated that the 2011 tip rule incorrectly construed the statute in promulgating the tip credit regulations. The 2017 tip rule removed limitations on employers' ability to pool tips received by employees, thereby allowing employers to allocate tips into a tip pool shared with employees who do not customarily receive tips, such as dishwashers and cooks, or simply retain the tips.

The OIG Report found that the “DOL did not demonstrate it followed a sound process” in promulgating the 2017 tip rule and “did not fully adhere to regulatory guidance." Before the rule was promulgated, senior DOL officials considered the 2017 tip rule unnecessary, but were “pressured” by the Department of Justice’s Office of the Solicitor General to issue the rule.

Additionally, the OIG report found that the DOL had information showing that the 2017 tip rule would have a significant impact on the economy, and would cost billions of dollars for tipped workers, but it did not provide that analysis to the public. Instead, it released the 2017 tip rule as a proposed rule for public comment, without a full quantitative analysis, preventing the public from making fully informed comments on the proposed rule.

The OIG’s report included five recommendations to improve the DOL’s rulemaking process. It is likely that the DOL under the Biden administration will again make changes to tip pooling regulations, creating continued uncertainty for businesses and tipped workers. In the meantime, and as we have reported here, California employers are reminded that California has different rules regarding tips, which must be followed in any California tip pooling system.