ECJ Blogs
Do Settlement Agreements Need to Be Approved by the Court?
By Peter A. Davidson on 01.09.2017
Posted in Ask the Receiver 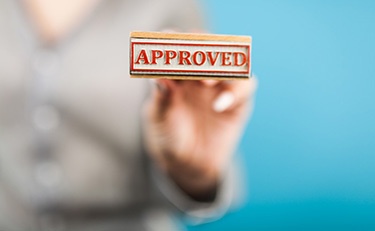 ANSWER:  Sorry, but yes, you do need to get court approval of the settlement unless the court previously gave you authority to settle litigation without subsequent court approval.  The court that has to approve the settlement is the court that appointed you. California Code of Civil Procedure §568 specifically provides that “the receiver has, under the control of the court, power to bring and defend actions in his own name as receiver;…to compound for and compromise the same,…and to generally do such acts respecting the property as the court may authorize.” Because the statute indicates the powers granted to the receiver to bring and defend actions and to compromise them are “under the control of the court”, court approval is necessary.  Section 568 was enacted in 1872, and there do not appear to be any reported California cases specifically discussing the standards the court should use in determining whether to approve a settlement proposed by a receiver.  However, Clark on Receivers states that the standard should be whether the settlement is in the “best interest” of the receivership.  “The court appointing a receiver must use its discretion in determining whether it is for the best interest of the estate that the receiver be authorized to compromise a claim, when the appointing court has not abused its discretion in giving instructions to the receiver, its orders will not be disturbed or reviewed in the appellate court.”  3 Clark on Receivers §770.  Unless the receiver is seeking a good faith determination, as that term is used in Cal. Code Civ. P. §877.6, the court need not determine whether the settlement is “so far out of the ballpark…as to be inconsistent with the equitable objectives of the statute.” Tech-Bilt v. Woodard Clyde & Assoc., 38 Cal.3rd 488, 499 (1985).  The test to approve a settlement, absent seeking of a good faith finding, is a lower standard.  The court need merely find the settlement is in the “best interest” of the estate.

Receiverships in federal court generally follow a similar standard.  The district court must find the settlement is “fair, adequate and reasonable.”  See Sterling v. Stewart, 158 F.3rd 1199, 1204 (11th Cir. 1998).  In determining whether the settlement is fair, district courts look at the following factors, which will sound familiar to bankruptcy lawyers because they are similar to the factors used by bankruptcy courts in the 9th Circuit, as set forth in In re A & C Properties, 784 F.2d 1377 (9th Cir. 1986).  They include: (1) the likelihood of success; (2) the means of possible recovery; (3) the point on or below the range of recovery at which settlement is fair, adequate and reasonable; (4) the complexity, expense and duration of the litigation; (5) the substance and amount of opposition to the settlement; and (6) the stage of proceedings which settlement is achieved. Sterling v. Stewart, supra. 1204 n. 6 (citing Bennett v. Behring Corp., 737 F.2d 982 (11 Cir. 1984)).

Therefore,  when you file your motion seeking court approval of a settlement, be sure to provide the court with evidence -- at least the declaration of the receiver and possibly his counsel -- showing why the settlement is in the best interest of the receivership estate and is fair, adequate, and reasonable under the circumstances.

This blog is intended to discuss current trends in receivership law and practice.  It should not be construed as representing advice on specific, individual legal matters, but rather as an overview of the subject discussed. Your questions and comments are always welcome. Please do not hesitate to contact me at pdavidson@ecjlaw.com or (310) 281-6363 to further discuss this blog or to answer any questions. Peter A. Davidson is a Partner of Ervin Cohen & Jessup LLP.  His practice includes all aspects of receivership and bankruptcy law.  He also acts as a receiver, conservator and monitor in state and federal court.