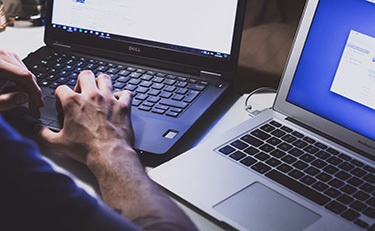 Cyber insurance is designed to fill an enterprise's coverage gaps, where coverage under other forms of in­surance may not be triggered by these kind of losses. At the same time, and because cyber insurance is a relatively new prod­uct, there are few reported cases involving coverage disputes. Importantly, those cases highlight the need for policyholders to scru­tinize the menu of available coverage grants in any proposed cyber insurance policy.

While to date there has been relative­ly few reported cases involving cyber in­surance coverage disputes, there has been much litigation surrounding whether tra­ditional insurance policies will respond to cyber-related claims. Although there are some outlier cases finding coverage under a commercial general liability policy for some forms of cyber-risk (Eyeblaster, Inc. v. Federal Insurance Company, 613 F.3d 797 (8th Cir. 2010)), the majority view is that CGL policies ordinarily do not pro­vide coverage for cyber-related risks. As the court held in American Online v. St. Paul Mercury Insurance Company, 347 F. 3d 89 (4th Cir. 2003), a CGL policy "does not cover the loss of instructions to config­ure the switches or the loss of data stored magnetically. These instructions, data and information are abstract and intangible, and damage to them is not physical damage to tangible property".

ln this regard, consider the following sce­narios:

Where the data on an insured's comput­er have been stolen, or where it has been held hostage in connection with a ransom­ware attack, policyholders have sought to secure coverage under CGL and other tradi­tional insurance products by arguing that its data was in fact "tangible property" within the meaning of a CGL policies. Although policyholders won some early victories on this point (American Guarantee & Libility Ins. Co. v. Ingram Micro, Inc., WL 726789 (D. Ariz. April. 2000)), most courts do not consider the data residing on an insured's network to constitute "tangible proper­ty" within the meaning of a CGL policy. American Online; Capitol Commission v. Capitol Ministries, 2013 WL 5493013, *4 (E.D.N.C. 2013) (electronic data and com­puter software is intangible property).

When a hacker infiltrates an insured's computer, steals the insured's information and then posts the stolen data on the in­ternet, policyholders have argued that this scenario meets the requirement of a "publi­cation" as that word is typically used in Sec­tion B of the coverage grant of a COL pol­icy. The key question is whether there has been a "publication" where a third party, as distinct from the policyholder, "published'' the material on the internet. This scenario played recently out in Zurich American Ins. Co. v. Sony Corp, 2014 WL 8382554 (N. Y. Sup. Ct. 2014). In that case a hacker infil­trated Sony's network and then posted the stolen information on the internet. While Sony argued that the third party's posting met the "publication" requirement under the company's CGL policy's, the court held that because Sony did not itself '4publish" the pertinent information, there was no "publication" and hence no coverage under the policy. But see Travelers Indemnity Co. v. Portal Healthcare Solutions, 644 Fed. Appx. 245, 247-48 (4th Cir. 2016) (holding that the presence of information online it­self constitutes a publication).

Aqua Star (USA) Corp. v. Travelers Ca­sualty and Surety Company of America, 719 Fed. Appx. 701 (9th Cir. 2018). highlights the need for policyholders to scrutinize the available coverage grants offered by a par­ticular policy. lo that case, the policyholder sought coverage under a computer fraud'' policy for a loss of funds. That case arose from an incident in which its employees, in reliance on genuine appearing, but fraudu­alent, instructions, changed wire transfer in­formation and thereby caused four wires to be sent to the fraudster.

Although not expressly discussed in the court's decision, it would appear that the policyholder in that case elected not to purchase so-called "social engineering" cover­age. That form of coverage, which is often offered as an available option, would have protected the policyholder from the loss oc­casioned by the "spoofing" incident.

The other reported cases addressing cov­erage under a cyber insurance policy, rein­force that the exclusions normally found in traditional insurance products may also limit coverage under cyber insur­ance policies.

Thus, in P.F. Chang's v. Federal Insur­ance Company, 2016 WL 3055111 (D. Arizona 2016), Chang's had entered into an agreement with a division of Bank of America. The agreement facilitated the processing of credit card payments by Chang's customers. The agreement also obligated Chang's to reimburse the bank for any fees, fines, penalties or assessments incurred by the bank in taking remedial credit and iden­tity theft steps arising from the data breach.

After Chang's experienced a data breach, the hackers exposed its customers' credit card information on the internet. As a re­sult, the bank issued a $1.9 million assess­ment against Chang's, representing to the costs that the bank would have to incur to Chang's customers for reimbursements and credit and identify theft remediation.

Chang's tendered the claim under its cy­ber policy. but its carrier (Federal) denied the claim.

The court upheld Federal's denial of the claim on the ground that the policy, like many traditional insurance policies, exclud­ed reimbursement for obligations, which Chang's had assumed under its contract with the bank. In other words, the customary exclusion for liability assumed under a contract came into play and foreclosed coverage.

Another general principle of insurance law foreclosed coverage under a cyber insurance policy in Travelers Property Casualty Co. v. Federal Recovery Services, 103 F. Supp. 3d 1297 (D. Utah 2015). In that case, the insured bad entered into a contract with a fitness company whereby it was to handle the electronic dues payments for the fitness company.

The court determined that no defense was owed under the cyber policy. This was be­cause the cyber policy only obligated Travelers to defend if its insured was sued for damages arising from any "error, omission or negligent act." Focusing on the fitness company's allegations that the insured had withheld the return of the electronic payment information knowingly and intentionally -- essentially holding it hostage to the payment of additional compensation -- the court held that the alleged acts did not fit within the coverage grant. See also Resource Bankshares Corp. v. St. Paul Mercury Ins. Co., 407 F.3d 631,635 (4th Cir. 2005).