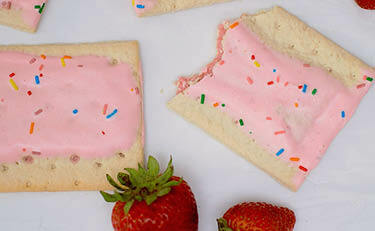 Kellogg successfully defeated a fraud and misrepresentation lawsuit concerning its popular Pop-Tarts product when a judge in the Southern District of New York granted its motion to dismiss. Plaintiff Elizabeth Russett filed a putative class action in the Southern District of New York alleging that Kellogg had, among other things, committed fraud and violated multiple consumer protection statutes by misrepresenting the amount of strawberries present in its Frosted Strawberry Pop-Tart.

Plaintiff’s allegations were based on the claim that Kellogg misled its customers by labeling the product as only a “Strawberry” Pop-Tart when, in reality, the product contained a higher percentage of pears and apples than strawberries.  Plaintiff specifically took issue with the following representations on the front of the product’s box: the word “strawberry,” the picture of a strawberry, and a picture of the red filling depicted inside the Pop-Tart.  According to Plaintiff, the fact that the product had less strawberry than advertised decreased the value of the product as strawberries are the world’s most popular berry fruit and are known for having several health benefits.  Plaintiff sought certification of multiple classes across several states, consisting of all consumers of the product in the applicable statute of limitations. Plaintiff also sought both monetary damages and injunctive relief.

The Court was not sympathetic to Plaintiff’s claims. The Court determined that Plaintiff failed to sufficiently plead that the front of the Pop-Tart packaging was misleading.  The Court relied in part upon recent caselaw dealing with the same product in reaching its determination that no reasonable consumer would look at the front of the Pop-Tart box, which included a picture of a frosted Pop-Tart with sprinkles, and reasonably expect that fresh strawberries would be the only ingredient in the product. The Court further noted that the packaging made no representations to indicate that the main ingredient was strawberry.  In terms of Plaintiff’s argument that the product’s red filling misled consumers as to the quantity of strawberries in the product, the Court determined that a reasonable consumer would not assume a product’s ingredients based on the color of the packaging.  Based on this assessment, the Court granted Kellogg’s motion to dismiss.

What’s more, in an uncommon move, the Court refused to give Plaintiff leave to amend the Complaint.  Although Plaintiff had not yet amended the Complaint, the Court decided that any amendment would be futile in light of the product’s front packaging and ingredients list. As a result, Plaintiff will not have another opportunity to allege a successful claim against Kellogg.

The Court’s refusal to provide Plaintiff even one opportunity to amend her complaint suggests that courts continue to lose patience with frivolous misrepresentation claims. Food companies may have an easier time going forward knocking out such frivolous claims in short order.