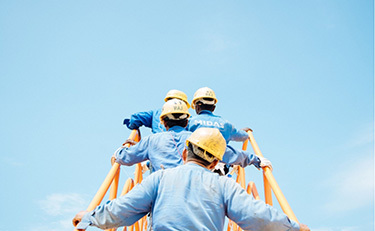 Construction defect cases often involve damage claims beyond simply the cost to repair the allegedly defective unit or component. These consequential damages may include damages for loss of use, expenses for mitigation and even attorney fees. For this reason, builders, suppliers, contractors and subcontractors who are faced with such claims should carefully review their insurance coverages, especially their CGL policies.

The next step is to establish that there has been “property damage.” This is because the basic coverage grant typically provides that the CGL insurer is responsible for paying “those sums that the insured becomes legally obligated to pay because of … property damage to which this insurance applies.” In turn, “property damage” is typically defined as either “physical injury to or destruction of tangible property … including the loss of use … resulting therefrom” or “loss of use of tangible property which has not been physically injured or destroyed [that has been] caused by an occurrence.”

It has been generally held that incorporation of defective components or faulty workmanship into a project constitutes “physical injury to tangible property,” thereby allowing coverage for damages from the loss, including damages measured by resulting decrease in the property’s value. See, e.g., United States Fid. & Guar. Co. v. Wilken Insulation Co., 550 N.E. 2d 1032 (Ill.App. 1989). The theory behind this rationale is that typical a coverage grant requires the CGL carrier to pay “those sums that insured becomes legally obligated to pay because of … property damage” (emphasis added). In other words, carrier responsibility includes not only damages that arise directly from the “property damage,” but also all sums arising because of the property damage. See, e.g., AIU Ins. Co. v. Superior Court, 51 Cal. 3d. 807 (1990) (reimbursement of response costs and the costs of injunctive relief under CERCLA and related statutes are insured “because of” property damage). While not exhaustive, the following examples illustrate some of the categories of consequential damages for which a CGL carrier may have responsibility.

Damage to the Larger Structure Caused by the Construction Defect

It is well established that damage to a physical structure, including the structure’s non-defective units or components, arising from the incorporation of the defective work should be covered under a CGL policy. See e.g., Economy Lumber v. Insurance Company of North America, 157 Cal. App. 3d 641 (1984). In some cases, damages are expressed as the diminution in value of the larger structure caused by the construction defect. See Franco Belli Plumbing & Heating v. Liberty Mut. Ins. Co., 2012 WL 2830247, *8 (E.D.N.Y. 2012) (“when one product is integrated into a larger entity, and the component product proves defective, the harm is considered harm to the entity to the extent that the market value of the entity is reduced in excess of the value of the defective component”); see also Anthem Electronics 302 F.3d at 1056-57 (“we decline to hold that coverage was precluded simply because the extent of such damage is expressed as an economic loss”).

Where an owner must undertake repair work to existing conditions in order to access and remediate the defective work, the damages resulting therefrom may be covered. Thus, costs and expenses relating to this activity are considered part of consequential damages for which there should be coverage. Turner, supra, Section 6.29 (coverage for the damage to other, non-defective work necessarily caused in the course of removing or repairing the defective work).

In some cases, an owner may be obliged to take actions and incur expenses in order to protect the project from further damage caused by the alleged defect. Although the courts are split on this issue, the majority say these expenses are also considered as part of consequential damages for which there should be coverage. Turner, supra, Section 6.14, 6.22 (“costs incurred for mitigation or prevention of further property damage” are recoverable against CGL carrier).

Some courts have held that attorney fees awards against the negligent contractor, subcontractor or supplier qualify as an element of consequential damages recoverable under a CGL policy. For example, in APL Co. v. Valley Forge Ins. Co., 754 F.2d 1084 (N.D. Cal. 2010), reversed on other grounds, 541 Fed. Appx. 770 (2013), the court concluded that the attorney fees award against the insured was covered under the insurance policy at issue. The court cited the policy provision there that coverage was provided for “those sums that the insured becomes legally obligated to pay as damages because of …'property damage.’” The court noted that inasmuch as the insured became obligated to pay attorneys’ fees to the claimant arising out of the underlying property damage claim, the award was properly recoverable against the insurer. 754 F.2d at 1094.

Other cases have reached the same result. See, e.g., American Family Mutual Ins. Co. v. Spectre West Building Corp., 2011 WL 488891 (D. Az. Feb. 4, 2011) (in the context of a construction defect case, the Court found that attorneys’ fees that were assessed against the insured were covered under the insurance policy, noting that “the issue before the court is not whether attorneys’ fees and costs can be characterized as ‘property damage’, but whether they can be characterized as damages that [the defendant construction company] became legally obligated to pay because of property damage”).