ECJ Blogs
Can Receivers Reject Leases For The Benefit of Creditors?
By Peter A. Davidson on 02.03.2021
Posted in Ask the Receiver 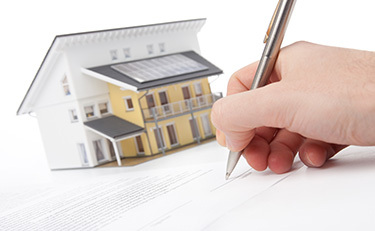 Q: I am a receiver in two different cases, both of which have problems. I was appointed in a partnership dispute case, where the only asset is a marijuana dispensary. I have been running the dispensary, but because of COVID-19 and the lease obligations; it is not making money. I am also receiver for a bar, owned by an LLC, some of whose members filed an action to dissolve and wind-up the LLC, due to allegations of mismanagement. Because of COVID-19, the bar has been closed and I have not been operating it, although I have possession of it. Both the dispensary and the bar have some valuable assets – licenses, customer lists and personal property. Can I reject the leases in both cases and liquidate the remaining assets for the benefit of creditors and the parties? If so, is there a way to limit the landlords’ claims, which would be quite large?

A: A receiver is not stuck with a receivership entity’s leases just because the receiver has been appointed or has taken possession of the property. The receiver merely has control of the leasehold, as an officer of the court. The receiver is entitled to retain possession for a reasonable period of time to enable him or her to evaluate whether it would be in the best interest of the receivership estate to affirm and adopt the lease or to reject it and return the property to the landlord. H. D. Roosen Company v. Pacific Radio Publishing Company, 123 Cal. App. 525, 534 (1932) (“The mere fact of possession does not, however, obligate the receiver to carry out executory contracts of the debtor”); Irving Trust Co. v. Desmore, 66 F.2d 21, 23 (9th Cir. 1933).

The receiver must pay for the use and occupancy of the property while the receiver decides whether to affirm or reject the lease. At what rate will be discussed below. If the receiver affirms the lease, the receivership estate becomes liable for the rent that comes due under the lease and any other lease liabilities, and the rent obligation becomes an administrative claim. If the receiver rejects the lease and returns possession of the premises to the landlord, receivership law, unlike bankruptcy law, does not require significant payment to the landlord for the remaining term of the lease. The Bankruptcy Code, in general, provides that a landlord’s claim for a lease that has been rejected is limited to the rent reserved by the lease, without acceleration, for the greater of one year, or fifteen percent, not to exceed three years, of the remaining term of the lease, plus any unpaid rent due under the lease as of the date of the filing of the bankruptcy petition or the date the property was surrendered to the landlord, whichever is earlier. 11 U.S.C. § 502 (b)(6).

Receivership law has no such statutory provisions, and the liability of a receivership estate differs depending on the law of the state where the receiver was appointed. The general rule, however, is that the landlord has no claim against the receivership estate. “Where the receiver rejects the lease, there is a difference of opinion as to the provability and allowability against an estate of the lessee in the hands of receiver, of rent reserved but unaccrued. In most instances, such a claim for rent has been denied.” 65 AmJur 2d, Receivers § 209 (2014); Wake Development Co. v. Auburn-Fuller Co., 71 F.2d 702 (9th Cir. 1934). Two general reasons are given for this. The first reason is, because the future rents have not yet accrued, the claim is contingent. Because it may be affected by, among other things, the landlord’s mitigation, the claim cannot be asserted in a receivership.
The other is that, unlike in a bankruptcy case, no discharge is given in a receivership and the lessee can, in theory, still remain liable for the obligations under the lease after the termination of the receivership. This might be bad for the partners in your dispensary case, but maybe not for the members of the LLC who owned the bar, unless they guaranteed the lease. Most of the cases applying California law seem to support the proposition that the landlord does not have a claim against the receivership estate for the balance of the term of the lease if the receiver rejects the lease. Most of these cases, however, are from the 1930s or before. Clark justifies this as follows: the receiver “cannot be liable for the rental reserved in the lease because he is not a party to the lease, neither is he an assignee of the lease, nor of the remainder of the term; neither is he, strictly speaking, successor.” 2, Clark on Receivers, §442(a) (3rd Ed. 1959).

As indicated, merely taking possession of the premises does not result in a receiver affirming the lease. The receiver is entitled to a reasonable period of time to determine whether to affirm the lease or reject it. Sunflower Oil Co. v. Wilson, 142 U.S. 313, 322 (1892). However, affirmation of the lease may be signified by either an express agreement or by implication. What constitutes a reasonable time for the receiver to determine whether to assume or reject the lease is a factual question determined from all the facts and circumstances. There are cases, however, that hold that a receiver’s possession of the premises for even as long as a year may not constitute an affirmation. See North Kansas City Bridge and R. N Co. v. Leness, 82 F.2d 9, 12 (8th Cir. 1936) (finding the receiver’s nearly 17-month possession was not an adoption of the lease). What is owed the landlord for the receiver’s possession can be an issue of dispute. Unlike under current bankruptcy law, “[t]he compensation to be received by the lessor should be a reasonable rental value of the premises occupied by the receiver.” Clark, supra. at §442(a); Irving Trust Co. v. Desmore, supra. In your cases, there may be different results. The landlord of the dispensary might be justified in arguing that the lease rent should be paid, since you were operating the dispensary and the parties had agreed on that rate, and, therefore agreed it was a reasonable rate. You could argue a lower rate would be the justified given COVID-19 restrictions and that the reasonable value of renting such a dispensary, with such restrictions in place, is less. As to the bar, however, a much stronger case could be made. Because you did not operate the bar, and used the premises basically only for storage, the reasonable rental value for storage space in the neighborhood should determine the rent owed.