ECJ Blogs
Can Product Reviews Be Subject To Lanham Act Liability?
By Pooja S. Nair on 02.02.2021
Posted in Legal Bites 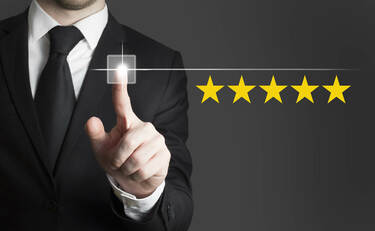 On January 22, 2021, a divided Ninth Circuit panel ruled that a nutritional guide could constitute commercial speech subject to the Lanham Act.

The Lanham Act is best known for being the primary federal trademark statute in the United States. In addition to the trademark provisions, Section 43(a) of the Lanham Act creates a cause of action for false advertising and prohibits any person from misrepresenting his or another person’s goods or services in “commercial advertising or promotion.”

In this case, defendant NutriSearch Corporation published a guidebook that compared and reviewed directly marketed nutritional supplements. The company initially claimed that the reviews were independent. Plaintiff Ariix alleged that NutriSearch had an undisclosed financial arrangement with Ariix competitor Usana, in which the NutriSearch CEO was paid inflated speaking fees in exchange for better reviews of Ariix’s products. The district court considering the case dismissed the complaint, finding that the guidebook was entitled to First Amendment protection and was not purely commercial speech.

However, the Ninth Circuit appellate court reversed and held that the Guide was commercial speech, and not protected by the First Amendment. Therefore, the Lanham Act could apply and the First Amendment did not shield NutriSearch from plaintiff’s claims.  The Court’s ruling means that a non-favored company may potentially sue the publisher of a guide or review source for misrepresentation under the Lanham Act. These claims would be based on the Lanham Act’s prohibition on any person misrepresenting her or another person’s goods or services in “commercial advertising or promotion.” The Court remanded back to the district court the issue of whether defendant’s publication was “for the purpose of influencing consumers to buy defendant’s goods or services,” so that issue will still have to be determined.

Company-created nutritional supplement guides or review platforms that are part of a company’s marketing tools should be clearly identified as marketing materials, and are subject to Lanham Act regulations. Claims made in company-created materials should be closely scrutinized. This case should make food and beverage companies take a closer look at their relationships with third parties that put out content such as guides or reviews. If a company has a financial relationship with a creator of reviews or educational materials promoting its product, it should expect that the content may be challenged in court based on this relationship.