ECJ Blogs
Can A Receiver Be Appointed To Take Possession And Safeguard Transferred Property Pending Trial Of A Fraudulent Transfer Action?
By Peter A. Davidson on 11.18.2015
Posted in Ask the Receiver 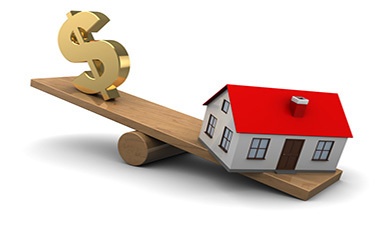 ANSWER: Yes, a receiver can be appointed in a fraudulent transfer lawsuit to take charge of the asset transferred or its proceeds, or an injunction can be obtained to prevent further transfers of the asset or its proceeds. These remedies are especially useful when the property involved is income producing. California’s, as well as other states’, fraudulent transfer laws specifically provide creditors such remedies. See California Civil Code § 3439.07(a)(3)(A) & (B). You don’t see it happen too often, however, and there are just a few reported cases. Even before the adoption of the Uniform Fraudulent Transfer Act, California cases approved the appointment of receivers in fraudulent transfer cases. F. M. Heffernan v. Bennett & Armour, et. al., 110 Cal.App.2d 564 (1952); Burrows v. Jorgensen, 158 Cal.App.2d 644 (1958). These cases recognize that a receiver can be appointed to preserve property pending trial not only under the fraudulent transfer statute, but also under the general grant of authority to courts to appoint receivers under California Code of Civil Procedure § 564(a)(9): “In all other cases where necessary to preserve the property or the rights of any party.”

Injunctive relief is also available to creditors to prevent the further transfer of assets or their proceeds. California Civil Code § 3439.07(a)(3)(A) provides that in a fraudulent transfer action the court can enjoin “disposition by the debtor or a transferee, or both, of the asset transferred or its proceeds.” The Legislative Committee Comment (3) endorses “the court, in an action on a fraudulent transfer or obligation to restrain the defendant from disposing of his property, to appoint a receiver to take charge of his property, or to make any order the circumstances may require.” See Oiye v. Fox, 211 Cal.App.4th 1036, 1055-1060 (2012) (affirming a trial court’s injunction prohibiting, under the California Fraudulent Transfer Act, the defendant from concealing, transferring, encumbering or disposing of his assets); see also SRB Investment Services, LLP et al v. Branch Banking and Trust Company et. al., 289 Ga. 14 (2011) (Georgia Supreme Court, in interpreting Georgia’s Uniform Fraudulent Transfer Act, identical to California’s, stated: “Fraudulent transfer cases are especially amenable to interlocutory injunctive relief.”).

In SRB Investment Services, the defendant argued that the injunction should not issue because the plaintiff, who could sue for money damages, had an adequate remedy at law. The Georgia Supreme Court rejected that argument noting: “We recently explained that the ultimate availability of a judgment for money damages has never precluded an interlocutory injunction when fraudulent transfers are at issue. While ‘[c]reditors without liens may not, as a general rule, enjoin their debtors from disposing of property nor obtain injunctions or other extraordinary relief in equity’ long before the enactment of the Georgia UFTA in 2002, Georgia law provided, as an exception to this rule, that ‘[e]quity may enjoin the defendant as to transactions involving fraud.’ When a money judgment is likely to be uncollectible because a debtor has fraudulently moved its assets in an attempt to dissipate or conceal them from a creditor, Georgia law, both before and under the Georgia UFTA, gives the creditor the right to seek interlocutory relief by freezing the assets where they are.” Id. at 5-6 (citations omitted).