ECJ Blogs
Can A Federal Court Invalidate A State Court Receivership
By Peter A. Davidson on 08.22.2018
Posted in Ask the Receiver 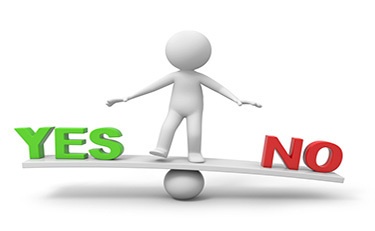 Q: I was appointed receiver in a health and safety case, brought by a city, over a rundown motel and an adjacent rundown office building. The owner of the property, who has been fighting the city, has now filed an action in federal court against the city alleging that the city has violated his constitutional rights and is asking the federal court to set aside the receivership order. Can a federal court do that?

A: The short answer is no. Federal courts, generally, have no power to invalidate or set aside state court orders. Federal courts also, generally, do not have power to review the actions of state courts. State courts are constitutionally entitled to independence. Relief from a state court order should come through the state appellate process or, in rare circumstances, the U.S. Supreme Court. In an unreported case, similar to yours, Sharma v. City of Redding, 2017 WL 2972263 (E.D. Cal. 2017), a receiver was appointed in a nuisance abatement proceeding brought by the city over rundown property. The receiver took possession of the property and determined that rehabilitation would be cost prohibitive, as would demolition of the property. The receiver, therefore, obtained court approval to sell the property “as is” to a willing buyer to enable it to rehabilitate the property. The owner sued the city in federal court contending the city’s actions constituted a taking a property without just compensation, violated procedural due process, violated the owner’s property rights and violated his constitutional guarantee of equal protection. The owner also filed a motion seeking to set aside the state court’s order appointing the receiver as void. In denying that motion, the district court, as indicated above, found there was no authority for the proposition that a federal district court could set aside or otherwise vacate or invalidate an order of a state court in this context. The court also specifically found, because the action by the city was taken in an
enforcement context, to enforce public nuisance laws, which were implemented to regulate an important state interest, the motion was barred by the Younger abstention doctrine, set forth in Younger v. Harris, 401 U.S. 37, 45 (1971). While that doctrine generally provides that federal courts should not enjoin pending criminal proceedings, it has been extended to actions
which “implicate a state’s interest in enforcing the orders and judgments of its courts.” Sprint Communications, Inc., v. Jacobs, 134 S. Ct. 584, 588 (2013). The test for applying Younger to a civil proceeding states that abstention is required if the state proceedings are: (1) ongoing (2) implicate “important state interests,” and (3) provide an adequate opportunity to raise federal questions. The Ninth Circuit has applied a fourth requirement, that the federal court action would “enjoin the proceeding or have practical effect of doing so.” Gilbertson v. Albright, 381 F.3d 965, 978 (9th Cir. 2004).

Although not mentioned in the Sharma case, the owner’s action might also have been barred by the Rucker – Feldman doctrine, which holds that federal courts should not sit in review of state court decisions unless Congress has specifically authorized such relief; and the Anti-Injunction Act, 28 U. S. C. §2283, which provides: “A court of the United States may not grant an injunction to stay proceedings in a State court except as expressly authorized by Act of Congress, or where necessary in aid of its jurisdiction, or to protect or effectuate its judgments.”