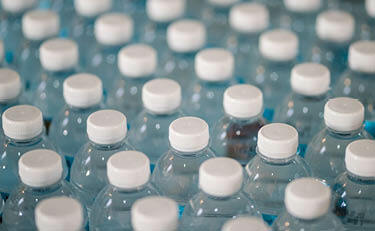 On June 29, 2022, Governor Newsom signed Senate Bill 54, the Plastic Pollution Prevention and Packaging Producer Responsibility Act (the “Act”).  The Act is designed to phase out single-use plastics in the state and is the country’s most comprehensive extended producer responsibility bill. The Act passed 67-2 in the State Assembly and 29-7 in the Senate.

The Act requires that by Jan. 1, 2028, at least 30% of plastic items sold, distributed or imported into the state be recyclable. By 2032, that number goes up to 65%. The Act also calls for a 25% reduction in single-use plastic waste by 2032.  The Act shifts the plastic pollution burden from consumers to the plastics industry by raising $5 billion from industry members over 10 years to assist efforts to cut plastic pollution. The Act authorizes state agency CalRecycle to increase that percentage if the amount of plastic in the economy and waste stream grows. The Act also prohibits producers from selling, offering for sale, importing, or distributing covered materials in the state unless the producer is part of a producer responsibility organization (PRO) with a producer responsibility plan approved by the department, as prescribed, for the source reduction, collection, processing, and recycling of covered material.

The Act is the fourth of its kind in the country, but goes further than the laws passed in other states.  While other states have specified categories for plastic reduction, California requires a 25 percent reduction across all plastic packaging sold in the state, covering a wide range of items, from plastic utensils to shampoo bottles.

The press release from the Governor’s office states: “SB 54 is the most significant overhaul of California’s plastics and packaging recycling policy in history, goes further than any other state on cutting plastics production at the source and continues to build a circular economy that is necessary to combat climate change.”

Interestingly, the Act was the result of negotiations between lawmakers and stakeholders (from both industry and consumer perspectives) in response to a pending initiative on the November ballot.  That initiative has been removed as a result of the passage of the Act.