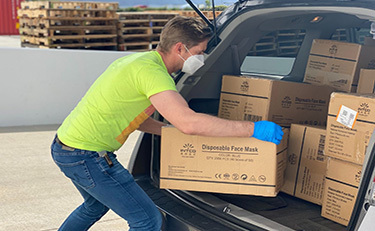 On January 25, 2021, the California Department of Public Health announced that it was lifting the Regional Stay at Home Order for all regions statewide, including Southern California. Four-week ICU capacity projections for the three regions still under the order (Southern California, Bay Area and San Joaquin Valley) were above 15%.

According to the Department, “this action allows all counties statewide to return to the rules and framework of the Blueprint for a Safer Economy and color-coded tiers that indicate which activities and businesses are open based on local case rates and test positivity.”

Los Angeles County remains in the Purple Tier under the Blueprint for a Safer Economy, meaning that it has higher than 8% testing positivity rate and more than 7 daily new cases per 100,000 county residents. Under Purple Tier guidelines, restaurants may be open for outdoor dining only, retail is open indoors at a maximum 25% capacity and hair salons may open with limited 25% capacity.

Individual counties are free to impose stricter rules. Indeed, in November 2020, the Los Angeles County Board of Supervisors banned outdoor dining in the County. That ban has been challenged in court, with a preliminary injunction issued in December, and appeals pending. The Los Angeles County remains in place until at least early February, with the next hearing scheduled for February 10, 2021.