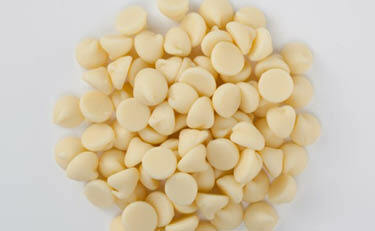 Both cases involve the same plaintiff, David Salazar, and similar “white baking” products, which did not contain white chocolate. The Target product at issue was “White Baking Morsels,” and Walmart’s product was “Great Value White Baking Chips.” In both complaints, Plaintiff Salazar supported his position by a survey indicating that 88% of consumers incorrectly believed that these products contained white chocolate. Additionally, both products were sold next to chocolate chip products containing milk chocolate or semi-sweet chocolate.

Salazar’s complaints stated that he “thought the White Baking Chips contain white chocolate because (1) their label describes them as “white,” (2) their label depicts the product, which look like white chocolate chips, and (3) the product is sold next to other chocolate products.” Salazar v. Walmart, Inc. (Sep. 19, 2022, No. E076006). In addition to those factors, the Target White Baking Morsels product had a price tag which says “MP WHT CHCO.”

In analyzing both cases, the court held (and both parties agreed) that Salazar’s claims were governed by the “reasonable consumer” test, which asks whether a reasonable consumer would likely be deceived into incorrectly believing that the products contained real white chocolate.

Walmart and Target both cited a 2020 Northern District of California case, Cheslow v. Ghiradeli Chocolate Company, in which the district court found no reasonable consumer would believe that Ghiradeli’s “Premium Baking Chips Classic White Chips” contained white chocolate, relying on an analysis from a Ninth Circuit case throwing out “diet soda” claims. The Cheslow court held that “the adjective ‘white’ in ‘White Chips’ does not define the food itself but rather defines the color of the food.” Cheslow v. Ghirardelli Chocolate Co. (N.D.Cal. 2020) 445 F. Supp. 3d 8, 17.)

The California appellate court disagreed with Cheslow's holding that “white” in the context of baking chips could only be reasonably understood as “defin[ing] the color of the food” as a matter of law, and distinguished the diet soda cases.  Salazar v. Walmart, Inc., 2022 Cal. App. LEXIS 798, at *8.

The court held that “this case, however, concerns the White Baking Chips' packaging as a whole, which includes a descriptor of the chips as “white” and a picture of what appears to be a white-colored chocolate chip. Salazar also contends Walmart's placement of the chips near other real-chocolate-containing chips is misleading while the Becerra plaintiff made no similar allegations.”  Id. at *9.

In both cases, the court held that whether a reasonable consumer is deceived or misled into believing that the chips contain white chocolate was not properly resolved at the pleading stage, and reversed the lower court’s judgment on demurrer.

Food companies have recently been finding success at the trial court level at the demurrer and motion to dismiss stage.  These decisions run counter to that trend, and indicate an easier path for California plaintiffs.

The court took note of the placement of the product near baking products that contained real chocolate, the price tag description of “WHT CHOCO,” and the consumer survey results indicating that nearly 90% of consumers believed the products contained real white chocolate.