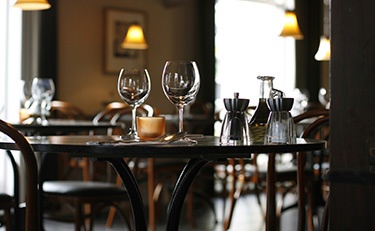 Restaurants whose operations have been shut down due to the coronavirus crisis are looking to their business interruption or business income insurance policies for relief, and have found resistance from insurance companies paying these claims.

As a general matter, in order to trigger coverage those policies require (1) direct physical loss or damage; (2) to covered property: (3) arising from a covered peril; and (4) resulting in the suspension of the business’ operations.

In cases where coverage is triggered, an insured business may be entitled to recover the net income it would have received but for the interruption and its operating expenses during the time its operations have been suspended.

Given the number of restaurants affected by the current crisis, courts will be asked to construe these policies in light of the unique risks posed by the pandemic. Several restaurant groups across the country have filed lawsuits against their insurance carriers with regard to their business insurance coverage. Some restaurant owners also formed a nonprofit, the Business Interruption Group, to push insurance companies to cover these claims.

Chief among the issues courts must decide in addressing these claims is whether businesses whose operations have been shut down during the crisis can demonstrate “direct physical loss or damage”. A number of cases from outside California have held that contamination of business premises – by chemical agents, including gasoline and ammonia, and in one case bacteria – could satisfy this policy requirement. And there is an older California case which held that the requirement of “direct physical loss or damage” would be satisfied where the location was sufficiently impaired to render it unhabitable or unfit for its customary use.

There is no definitive guidance from the California appellate courts about whether the financial and business dislocation occasioned by the kind of viral pandemic currently underway satisfies the “direct physical loss or damage” prong typically required under business interruption policies.

Importantly, the physical loss or damage must be “to the covered property” – typically to the business premises itself. The case law is unclear whether this means that an insured must prove that its premises have in fact been contaminated by the bacteria or virus or whether an insured’s loss of use of its business premises because of the pandemic will suffice.

In order to secure coverage, an insured must also demonstrate that the physical loss or damage must arise from a “covered peril”. In some cases, the definition of “covered peril” defaults to “direct physical loss” – tying into the first threshold that an insured must cross. In other cases, a loss arising from a bacterial or viral contamination may be expressly excluded. In all cases, the specific policy language will control.

The last prong is suspension. To trigger business interruption coverage, an insured must demonstrate a “complete suspension” of business operations, not just a slowdown in operations. In view of the government-ordered directives about the closing of restaurants, bars and theaters, this prong should be satisfied in the present circumstances.

Finally, some business interruption policies offer coverage for business losses occasioned by action of a “civil authority”, such as a city or state, which prohibits access to a business’ premises. While the exact phrasing of this coverage will vary from policy to policy, some policy forms require that this coverage is activated only if a covered cause of loss cases damage to property other than the insured’s business premises. This form of coverage would come into play, for example, if a building adjacent to the insured’s premises burned down and emergency vehicles blocked access for a time to the insured’s premises, thereby temporarily shutting down its business operations.

In all cases, restaurant owners should