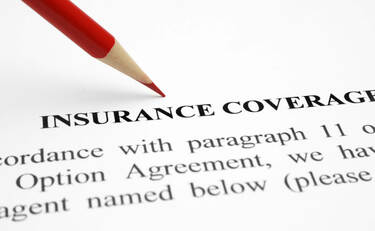 In some circumstances an insurer’s duty to settle may arise even in the absence of a demand by the claimant within policy. The recent case of Planet Bingo, LLC v. The Burlington Insurance Company, 2021 DJDAR 2510 (March 18, 2021) is the latest decision to address this point.

In Planet Bingo, the insured manufactured handheld gaming devices. Those devices were distributed in the U.K. by Leisure Electronic Limited. Leisure leased some of the Planet Bingo’s devices to Beacon Bingo, which operated a bingo hall in London.

In September 2008 there was a fire at Beacon’s bingo hall. Investigators concluded that the failure of a lithium battery in one of the Planet Bingo devices was the most likely cause of the fire.

Attorneys for AIG thereafter wrote to Planet Bingo and reported Leisure’s settlement with Beacon. They demanded that Planet Bingo pay the 1.6 million pounds. They also stated that “with the objective of avoiding costs of litigation, our client is prepared to enter into alternative forms of dispute resolution.”

Planet Bingo notified its liability carrier Burlington of AIG’s claim. Burlington responded by denying coverage on the grounds that the policy provided no coverage where, as here, the fire did not occur in the U.S. and Planet Bingo had not been sued in the U.S.

Planet Bingo sued Burlington for breach of contract and for breach of the implied covenant of good faith and fair dealing. The trial court entered judgment on the pleadings for Burlington on the ground that the policy afforded no coverage because the fire had occurred outside the United States. The appellate court reversed, determining that when Burlington denied coverage there was at least a potential for coverage because it was still possible that Planet Bingo might be sued in the US.

Indeed, AIG did in fact sue Planet Bingo in Riverside Superior Court. Burlington accepted the defense of the action subject to a reservation of rights. In March of 2019 Burlington settled with AIG for $1 million — the policy limits.

In spite of Burlington’s having paid policy limits, Planet Bingo maintained its bad faith action against Burlington, asserting that Burlington’s failure to have promptly paid the fire claim damaged Planet Bingo’s business reputation and ultimately caused its entire business in the U.K. to fail. In connection with this claim, Planet Bingo sought over $9 million in damages from Burlington.

Burlington successfully moved for summary judgment, arguing that because AIG had failed to make a demand within policy limits, it could not be liable for breaching its duty to settle. The appellate court disagreed and reversed the summary judgment in Burlington’s favor.

Key to the appellate court’s decision was the testimony of Planet Bingo’s insurance expert. That expert testified that a subrogation demand letter (such as AIG’s letter to Planet Bingo) offered “a clear invitation to negotiate a settlement for less than [the amount demanded]. Planet Bingo’s expert further testified that there is a “very well-known industry custom in such subrogation claims of accepting policy limits for a full release of the insured”. According to the appellate court, this testimony raised a triable issue of fact as to whether the letter represented an opportunity to settle within the policy limits.

In reversing the summary judgment granted to Burlington, the court in Planet Bingo cited Boicourt v. Amex Assurance Co., 78 Cal. App. 1390 (2000), for the proposition that an insurer can be liable for failure to settle even in the absence of a formal offer to settle within policy limits.

In the ensuing bad faith action, the liability insurer defended on the ground that it could not be liable for breach of the duty to settle because the claimant had failed to make a demand within the limits. The court rejected this argument, holding that a bad faith claim can be based on an insurer’s prelitigation refusal to disclose policy limits. This is because such a refusal “cuts off the possibility of receiving an offer within the policy limits” by closing the door to reasonable negotiations.

As noted by the court in Planet Bingo, Boicourt “has been read broadly, as standing for the proposition that “[a] formal settlement demand is not an absolute prerequisite to a bad faith action when the insurer engages in conduct that prevents settlement opportunities from arising”".

The court in Planet Bingo also cited Reid v. Mercury Ins. Co., 220 Cal. App. 4th 262 (2013), in support of its view that a formal demand by the claimant for policy limits is not a prerequisite for the maintenance of a bad faith action. While the court in Reid affirmed summary judgment in favor of the insurer, it noted that where a liability carrier spurns an opportunity to settle, even in the absence of a formal demand, there may be bad faith liability.

The court in Reid held that “a conflict [of interest between the insured and its insurer] may also arise, without a formal settlement offer, when a claimant clearly conveys to the insurer an interest in discussing settlement but the insurer ignores the opportunity to explore settlement possibilities to the insured’s detriment or when an insurer has an arbitrary rule or engages in other conduct that prevents settlement opportunities from arising.” In so holding, the court in Reid cited two federal cases which held that where the insurer knew of the claimant’s interest in settlement and ignored it, there is no need for a formal settlement demand in order for bad faith liability to attach. Gibbs v. State Farm Mut. Ins. Co., 544 F.2d 423 (9th Cir. 1976); Continental Cas. Co. v. United States Fid. & Guar. Co., 516 F.Supp. 384 (N.D. Cal. 1981).

The exact parameters of demonstrating that an insurer knew of the claimant’s interest in settlement have not been fully elaborated, these cases, along with Planet Bingo, demonstrate bad faith liability for failure to settle may arise even in the absence of a demand within policy limits from the claimant.