ECJ Blogs
Ask the Receiver: Using the Barton Rule or the Younger Doctrine to Dismiss Cases When Sued as Receiver
By Peter A. Davidson on 11.15.2019
Posted in Ask the Receiver 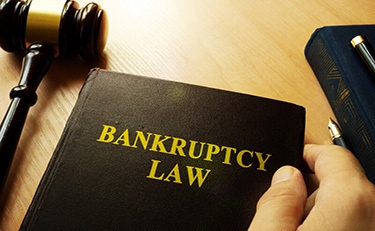 Q: I am a health and safety receiver appointed over property that had numerous code violations and was rat infested. The court ordered me to bring the property into the code compliance and, eventually, to sell the property to pay for the repairs and my fees. The owner has now sued the city and me in federal court alleging her civil rights were violated and to prevent me from selling the property. What is the best way to get rid of her federal lawsuit?

A: This seems to happen often in health and safety receivership cases. The defendants must be reading the same online posts. The normal method receivers use to dispose of these cases is to move to dismiss the case for lack of subject matter jurisdiction based on the Barton rule. Barton v. Barbour, 104 U.S. 126 (1881). The Supreme Court in Barton held federal courts lack jurisdiction to entertain suits against receivers where permission was not first obtained from the court appointing the receiver. Barton, however, is not the only way to deal with such cases.

In Hoffman v. City of San Diego, 2019 WL 1112046 (S.D. Cal. 2019), the property owner sued the city and receiver under 42 U.S.C. § 1983 for civil rights violations and to prevent the sale of her property. The city and the receiver moved to dismiss the case citing Barton, but also asked the court to abstain under what is known as the Younger doctrine. Younger v. Harris, 401 U.S. 37 (1971) (criminal); Huffman v. Pursue, Ltd., 420 U.S. 592 (1975) (civil). Surprisingly, the district court refused to dismiss under Barton finding the exception to Barton in 28 U.S.C. § 959(a) applied. That section provides that receivers may be sued, without leave of the appointing court, with “respect to any of their acts or transactions in carrying on business connected with the property.” In its opinion the court does not explain why it felt the exception applied or how the complaint of civil rights violations related to the acts of receiver “in carrying on business connected with the property.” The court did, however abstain – relying on the Younger doctrine. The Younger doctrine requires a federal court to abstain: “if the state proceedings are (1) ongoing (2) implicate important state interests and (3) provides an adequate opportunity for the federal plaintiff to assert his federal claims.” San Remo Hotel v. City & County of San Francisco, 147 F.3d 1095, 1103 (9th Cir. 1998). The court held the Younger conditions were met because the receivership case was still ongoing, it involved important state interests (health and safety), and the owner could raise her constitutional claims before the state court and, if necessary, on appeal. Therefore, you should move to dismiss the case under the Barton rule and also, alternatively, ask the court to abstain under the Younger doctrine.