ECJ Blogs
Ask the Receiver: Can you be liable for your opponent's attorney's fees if you lose a receivership motion?
By Peter A. Davidson on 10.15.2019
Posted in Ask the Receiver 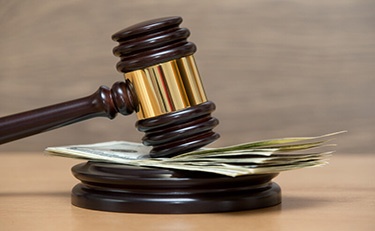 Q: I am a partner in a partnership. Because of what I contend were misdeeds and mismanagement by the managing partner, I filed suit to dissolve the partnership and for damages. I immediately filed a motion to have a receiver appointed to run the partnership business and safeguard the partnership assets during litigation. Unfortunately, the judge denied my motion because she stated receiverships are harsh and costly remedies and that at such an early stage in the proceeding a receivership was premature. My partner has now filed a motion seeking attorney’s fees based on his defeating my motion. Can he do that? I thought each party is responsible for their own attorney’s fees.

A: Generally, you are correct. Under what is called the “American Rule,” each side in litigation is responsible for their own attorney’s fees. See Cargill, Inc. v. Souza, 201 Cal.App. 4th 962, 966 (2011). However, as with everything in life, there are exceptions. The major exception in California is Civil Code § 1717, which provides, in summary, in an action on a contract, which has an attorney’s fees clause in it, the court, on notice and motion, shall determine who is the prevailing party, whether or not suit proceeds to final judgment, and the prevailing party is entitled to reasonable attorney’s fees. Courts have “discretion in determining which party has prevailed on the contract, or that no party has.” Disputesuite.com LLC v. Scoreinc.com, 2 Cal. 5th 968, 973 (2017).

While, unfortunately, many motions to appoint receivers are denied, because courts may feel receiverships are costly and burdensome remedies, other remedies might be cheaper or more effective (i.e. injunctions), it is too early in the proceeding, or an insufficient basis has been shown (even where a contract provides a receivership remedy), we often don’t consider that there may be liability for bringing and losing a receivership motion. Depending on the underlying contract, however, there might be.

A recent unreported case involving a motion to appoint a receiver illustrates the potential liability. Levine v. Levine, 2019 WL 459967 (Cal.App. 2019), involves a brother and a sister who were co-trustees of their parents’ trusts. The trusts contained many assets, including income producing properties, some of which were co-owned with third parties. When Larry determined that his sister Leslie had withdrawn $137,000 from one of the trusts, he filed a probate petition. Eventually they settled. The settlement agreement required Larry to take a number of actions administering the trusts, including filing an amended inventory, distributing gifts, and transferring and selling certain properties. Some of this required the properties to be appraised, so distributions could be equalized and so estate tax returns could be filed. After a while, Leslie filed a motion to enforce the settlement and appoint a receiver because, she contended, Larry was not doing what the settlement agreement required. Larry opposed the motion stating the settlement had not been breached and that the trust administration was proceeding according to probate custom and practice. In particular, the amount of estate tax could not be determined until all the properties were appraised, he didn’t know which properties to sell to pay estate taxes until he knew what the tax liability would be, and the tax returns weren’t due for another five months. The court’s initial tentative was to grant Leslie’s motion. However, the court deferred ruling based on the fact appraisers had been hired, had completed their inspections, and would be filing their reports in a few weeks. The court ordered Larry to proceed expeditiously and, if there were a hint of further delay, it would appoint a receiver. While there were further delays, the appraisals were eventually finished and the tax returns were filed. The court, at a continued hearing, therefore denied the receivership motion without prejudice. Larry then filed a motion for attorney’s fees of $74,349.00, based on a provision in the settlement agreement allowing attorney’s fees to the prevailing party in the event of a dispute arising from the agreement.

The court granted Larry’s motion. While the court acknowledged its tentative ruling was to grant Leslie’s motion, the court noted that appointing a receiver is a disfavored remedy and based on its “holistic review of the pleadings, and focusing on the relief requested and denied.” found Larry to be the prevailing party. The Court of Appeals affirmed, based on Civil Code § 1717 and the trial court’s discretion to determine who is the prevailing party. Movants, therefore, need to be circumspect in bringing receivership motions if the underlying contract has an attorney’s fees clause and the motion is based on breach of contract; which may often be the case in cases involving promissory note defaults (i.e., rents, issues and profits cases), and settlement or partnership agreement disputes.

One interesting practice note from the case involved the fees actually awarded by the court. Larry had requested $74,349.00. The court only awarded $25,412.00. This was due, in large part, because Larry redacted the bills supporting his motion, to avoid waiving the attorney- client privilege or revealing tactical decisions. While the court found the practice understandable and permitted and “likely required,” the result was the court couldn’t determine whether the redacted services related to the motion to enforce the settlement. Based on the court’s reduction, Larry filed a motion for reconsideration, where he waived the attorney-client privilege and resubmitted the bills with fewer redactions. The court denied the reconsideration motion, finding there was nothing new to consider since Larry always had the information. The Court of Appeals affirmed this, finding Larry’s decision to waive the privilege following the ruling did not constitute new or different evidence.

*Peter A. Davidson is a Senior Partner of Ervin Cohen & Jessup LLP a Beverly Hills Law Firm. His practice includes representing Receivers and acting as a Receiver in State and Federal Court.