ECJ Blogs
Are Defendants Entitled To A Jury Trial In A Voidable Transfer Case?
By Peter A. Davidson on 03.03.2021
Posted in Ask the Receiver 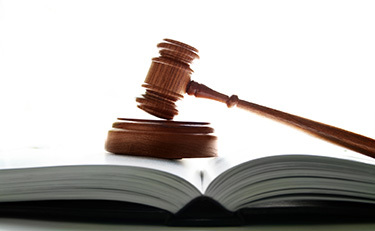 Q: I am a defendant in a fraudulent transfer action brought by a state court receiver. Can I demand a jury trial? I don’t want the judge who appointed the receiver to try my case, because he is clearly biased!

This issue was decided in federal court some time ago in the Granfinanciera, S.A. v. Nordberg, 492 U.S. 33 (1989). There the Supreme Court reviewed the history of fraudulent transfer actions and concluded that the right to a jury trial depended on the property to be recovered. If the action seeks personal property, still in the defendant’s possession, or money, historically, such actions were and still are legal actions (e.g. replevin or money had and received) and a jury would be appropriate. If, however, the subject matter seeks land, intangibles, an accounting or other equitable relief, they would be equitable actions and no right to a jury trial exists. Id. at 44. Recently in Moofly Productions, LLC v. Favila 46 Cal. App. 5th 1 (2020), the same rule was applied to fraudulent transfer actions brought in state court.

The court in Moofly noted that while the California Constitution guarantees the right to a jury trial that is only the right: “as it existed at common law in 1850, when the Constitution was first adopted…As a general proposition, ‘[t]he jury trial is a matter of right in a civil action at law, but not in equity.’” Id. at 7. citing the California Supreme Court’s decision in C&K Engineering Contractors v. Amber Steel Co. 23 Cal.App. 3rd 1, 8 (1978). It went on to quote: “In determining whether the action was one triable by a jury at common law, the court is not bound by the form of the action but rather the nature of the rights involved and the facts of the particular case – the gist of the action. A jury trial must be granted where the gist of the action is legal, where the action is in reality cognizable in law. On the other hand, if the action is essentially one in equity and the relief ‘sought depends upon the application of equitable doctrines’, the parties are not entitled to a jury trial.” Moofly, supra. at 8, citing C&K Engineering, supra. at 9 [citations omitted].

In Moofly, the court determined because complete relief was not available at law, based on the claims, the defendant was not entitled to a jury. The plaintiff sought to avoid the transfer of three different classes of property: (1) chattels, such as computer equipment; (2) money, in the form of proceeds and profits of the fraudulently transferred property, and (3) intangibles, such as software codes, trademarks, copyrights. The court held that no proceeding at law could have provided “a plain, complete, speedy and adequate remedy.” Moofly, supra. at 9. This is because the court felt that even the money sought in the claim required an accounting to determine the amount of the profits involved and, therefore, sought equitable relief. It further held there was no way the superior court could have divided the fraudulent transfer action and tried the equitable portions of the claims separately from the legal portions. That was because the court felt one of the key questions in any fraudulent transfer case is whether the transferor “received a reasonably equivalent value in exchange for the transfer or obligation.” The court held: “that question required considering all the property Moofly received, and would not have allowed separate trials for the chattels, cash and intangibles.” Id.

While the court in Moofly set out the appropriate rules to consider in determining whether one is entitled to a jury trial in a fraudulent transfer action, it seemed to go out of its way to find that no jury trial would be appropriate. Courts often bifurcate equitable and legal claims in a trial, with the court determining the equitable portion of the claims and letting the jury determine the legal portions. While that can be cumbersome, it is possible, depending on the claims and the facts. In Moofly, however, the court felt “[b]ecause the Estate’s cause of action for fraudulent transfer was essentially, one in equity, and the relief sought ‘depend[ed] upon the application of equitable doctrines’ Moofly was ‘not entitled to a jury trial.” Id. [citations omitted].