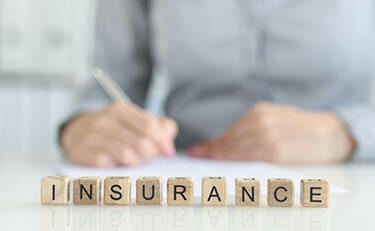 Whether consumer protec­tion or false advertising claims are covered by insurance depends on the kind of insurance policies in play. For ex­ample, coverage for such claims under a CGL policy is unlikely be­cause an insured's false represen­tation or false advertising about the qualities of its products typically does not fall within any of the "offenses" enumerated under the "advertising injury" coverage grant. See Applied Bolting Tech Prods v. US Fid & Guar Co., 942 F Supp 1029 (ED Pa 1996), in which the court held that alleged false advertising that an insured's products conformed to certain industry standards did not consti­tute advertising injury in a lawsuit brought by another manufacturer of the same or similar product See also Law v. Golden Eagle Ins. Co., 99 Cal. App. 4th 109 (2022), which involved coverage for a consumer's uncertified class action arising from the sale of appetite suppressants and diet products.

The situation changes, however, if a D & O or management liability policy is involved. In such a policy, the existence of a "Wrongful Act" is the trigger for coverage. And im­portantly covered "Wrongful Acts" are not limited to negligent or unintentional conduct. Thus, "to contend...that the alleged wrongful acts are not covered under the pol­icy because the claimants alleged knowing, intentional, and pur­poseful acts' that do not constitute `negligence, mistake or error' is misplaced, as the policy does not limit the definition of wrongful acts to acts performed negligently or mistakenly." Charter TWP of Shelby it Argonaut Insurance Company, 2015 WL 9392727, at *8 (Mich. Ct. App.). See also Amos ex rel. Amos vs. Campbell, 593 N.W.2d 263, 266 (Minn. Ct App. 1999) (`The term `Wrongful Act' has ordinarily been understood to encompass intentional as well as negligent misconduct.").

Two recent cases have addressed coverage for consumer actions under a D & O or Management Liability Policy. Both of those cases focused on the application of the Anti-trust or unfair trade practices exclusion that is commonly found in such policies. A typical formulation of that exclusion reads as follows:

This policy shall not cover any Loss in connection with any Claim alleging, arising out of, based upon or attributable to any violation of any law, whether statutory, regula­tory or common, as respects any of the following: anti-trust, business competition, unfair trade practices or tortious interference in another's business or contractual relation­ships; provided, however, that this exclusion shall apply only to the Company.

In James River Ins. Co. it Rawlings Sporting Goods Co. Inc., 2021 U.S. Dist. Lexis 20970 (C.D. Cal. 2021), the District Court had to address whether this exclusion barred cov­erage for claims that the defendant had misrepresented the weight of its baseball bats on their labeling. The consumers brought these claims in a class action complaint, seeking relief under California statutes dealing with unfair com­petition, false advertising and con­sumer legal remedies. The policy in James River Policy did not define "unfair trade practices".

In analyzing the coverage issues, the Court in James River rejected the carrier's position that "unfair trade practices" as used in this ex­clusion encompassed consumer protection claims. The Court based its conclusion on the rule that ex­clusions are construed narrowly against the insurer. The Court reasoned that the carrier's inter­pretation of the exclusion would "virtually read the `misstatement, misleading statement, omission' language right out of the policies' coverage [grant], vitiating them." Id. at *13-*14. As the Court con­cluded, that insurance policy ex­clusion could not be read in such a manner as to vitiate the underlying coverage grant. See also Big Bridge Holdings, Inc. v. Twin City Fire Ins. Co., 132 E Supp. 3d 982 (N. D. Ill. 2015) (finding the term "unfair trade practice" to be ambiguous and resolving that ambiguity in the insured's favor).

Similarly, in G-New, Inc. vs. Endurance American Insurance Company, et al., 2022 Del. Super. LEXIS 371 (September 12, 2022) the Court addressed insurance coverage for settlement payments arising out of a class action in which consumers had alleged that a chocolatier's (Godiva) product labelling was misleading. The plain­tiffs' claims were based on New York and California consumer protection statutes.

Godiva's primary and excess management liability policies con­tained an "Unfair Trade Practices" exclusion which barred coverage for claims "based upon, arising out of or attributable to an actual or alleged violation of the Sherman Anti-Trust Act, the Clayton Act or the Federal Trade Commission Act, as amended, or any other fed­eral, state, local, common or foreign laws involving anti-trust, monopoly, price fixing, price discrimination, predatory pricing, restraint of trade, unfair trade practices or tortious interference with another's actual or prospective business or contractual relationships or opportunities".