ECJ Blogs
Are All Independent Contractors Now Employees?
By Kelly O. Scott on 05.10.2018
Posted in The Staff Report 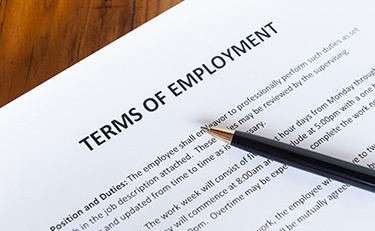 Last week the California Supreme Court issued a decision that changes the way California employers do business.  In Dynamex Operations West, Inc. v. Superior Court,  the Court held that a three factor test called the “ABC test” must be applied to determine if an independent contractor is actually an employee subject to the California Wage Orders.  The Court described the test as follows: “Under this test, a worker is properly considered an independent contractor to whom a wage order does not apply only if the hiring entity establishes: (A) that the worker is free from the control and direction of the hirer in connection with the performance of the work, both under the contract for the performance of such work and in fact; (B) that the worker performs work that is outside the usual course of the hiring entity’s business; and (C) that the worker is customarily engaged in an independently established trade, occupation, or business of the same nature as the work performed for the hiring entity.”

I won't lie to you: the new California Supreme Court case is a pretty devastating case for employers in California.  It goes against all of the tests currently used by various California and federal government agencies by setting a higher standard which is both simple and rigorous.  While it has not yet been applied to withholding obligations, I see no real reason to draw a distinction between the independent contractor tests used by the Employment Development Department and other state agencies and the wage and break standards addressed by the decision.  Indeed, the ABC test is easier to apply and will undoubtedly result in more taxes being paid to the state.  I would therefore expect the EDD and other California agencies to issue new standards and to begin following this case law in the future.

This blog is presented under protest by the law firm of Ervin Cohen & Jessup LLP.  It is essentially the random thoughts and opinions of someone who lives in the trenches of the war that often is employment law–he/she may well be a little shell-shocked.  So if you are thinking “woohoo, I just landed some free legal advice that will fix all my problems!”, think again.  This is commentary, people, a sketchy overview of some current legal issue with a dose of humor, but commentary nonetheless; as if Dennis Miller were a lawyer…and still mildly amusing.  No legal advice here; you would have to pay real US currency for that (unless you are my mom, and even then there are limits).  But feel free to contact us with your questions and comments—who knows, we might even answer you.  And if you want to spread this stuff around, feel free to do so, but please keep it in its present form (‘cause you can’t mess with this kind of poetry).  Big news: Copyright 2018.  All rights reserved; yep, all of them. If you have any questions about this article, contact the writer directly, assuming he or she was brave enough to attach their name to it.

If you have any questions regarding this blog or your life in general, contact Kelly O. Scott, Esq., commander in chief of this blog and Head Honcho (official legal title) of ECJ’s Employment Law Department.