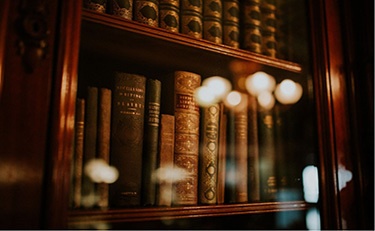 International treaties and conventions such as the Convention on the Service Abroad of Judicial and Extrajudicial Documents in Civil or Commercial Matters, November 15, 1965, 20 U.S.T. 361, T.I.A.S. No. 6638 (“the Hague Service Convention”), and the Convention on the Recognition and Enforcement of Foreign Arbitral Awards, June 10, 1958, 21 U.S.T. 2517, T.I.A.S. No. 6998 (“the New York Convention”) are considered to be federal law and hence prevail over inconsistent state common law. U.S. Const., art. VI, cl. 2: American Ins. Assoc. v. Garamendi, 539 U.S. 396 (2003). For this reason, such treaties and conventions are often strictly construed by U.S. courts without regard to common law principles.

Two appellate court decisions from earlier this year involving international litigation in U.S. courts, however, illustrate a departure from this practice. In both cases, the respective courts, in interpreting the Hague Service Convention and the New York Convention, construed such agreements through the prism of U.S. common law.

In Rockefeller Technology v. Changzhou Sino Type Technology, 2020 DJDAR 2943 (Cal. Apr. 2, 2020), parties entered into a commercial contract wherein they agreed to submit to the jurisdiction of the California courts and to resolve disputes between them through California arbitration. They also agreed to provide notice and “service of process” to each other through FedEx or similar courier.

Disagreements arose between the parties, and Rockefeller, invoking the notice and “service of process” provisions in the agreement, commenced an arbitration against Changzhou. Changzhou neither responded to nor appeared in the arbitration. The arbitration ended with a decision in Rockefeller’s favor, the arbitrator having determined that Changzhou owed Rockefeller in excess of $414 million in damages.

Following entry of that judgment, Changzhou specially appeared and moved to quash and set aside the default judgment on the ground that it had not been properly served with Rockefeller’s arbitration demand and subsequent papers. Changzhou argued that Rockefeller’s failure to have followed the service protocols under the Hauge Service Convention rendered the judgment confirming the arbitration award void. In this regard, it argued that because China objected to Section 10(a) of the Hauge Service Convention — which allows service of process by mail — Rockefeller’s use of the contractually allowed method of service fell afoul of the Hague Service Convention’s rules normally preemptive rules governing international service.

The California Supreme Court posed the key question presented by the case as follows: whether China’s objection to Section 10(a) estops its citizens from agreeing to notification and service protocols that are arguably covered by Section 10. Relying on the principle that whether there is occasion to transmit a judicial or extrajudicial document for service abroad will be determined by reference to the law of the forum — in this case, California — the court determined that the state law doctrine of waiver would apply. Put simply, the court determined that the parties’ agreement concerning the manner in which service of process would be effectuated constituted a waiver by Changzhou of any entitlement to insist on compliance with the Hague Service Convention protocols, notwithstanding China’s objection to Section 10(a). Thus, Rockefeller illustrates that U.S. courts will sometimes apply U.S. common law doctrines, such as waiver and estoppel, in interpreting agreements having to do with international litigation.

A similar approach was taken by the U.S. Supreme Court in GE Energy Power Conversion France SAS v. Outokumpu Stainless Steel USA, LLC, 2020 DJDAR 5215 (June 1, 2020). In that case, the issue was whether a nonsignatory to an agreement containing an arbitration provision could invoke that provision against a signatory and thereafter utilize the enforcement mechanism of the New York Convention to enforce the arbitrator’s award.

In this case, Thyssen Krupp Stainless USA, LLC and F. I. Industries, Inc. entered into an agreement for the construction of cold rolling mills at Thyssen’s plant in Alabama. The agreement contained an arbitration provision which provided that “all disputes arising in connection with or in the performance of the Contract … shall be submitted to arbitration for settlement.”

Importantly, the agreement also defined the “parties” to include their respective “subcontractors.” After entering into the main agreement with Thyssen, F. I. Industries, Inc. entered into a subcontract agreement with GE Energy for the manufacture and installation of motors for the Alabama facility. Following GE Energy’s installation of the motors, Thyssen’s successor (Outokumpu) sued GE Energy, alleging that GE Energy’s motors failed to properly perform, resulting in substantial damages. GE Energy removed the lawsuit to district court and successfully moved to dismiss and compel arbitration of the dispute, the district court ruling that GE Energy qualified as a “party” under the arbitration clause because of its identification as a “subcontractor”.

The 11th U.S. Circuit Court of Appeals reversed the district court’s order compelling arbitration, finding that the New York Convention only allowed actual signatories to a contract containing an arbitration provision to enforce such a provision. The 11th Circuit further held that because GE Energy was undeniably not a signatory to the underlying contract, it could not rely on state-law equitable estoppel doctrines to enforce the arbitration agreement. This was based on the court’s view that the state-law doctrine of equitable estoppel conflicted with the Convention’s signatory requirement.

The U.S. Supreme court reversed the 11th Circuit’s determination and reinstated the trial court’s decision. The Supreme Court noted that the Federal Arbitration Act “permits courts to apply state-law doctrines related to the enforcement of arbitration agreements.” In this regard, the court noted that equitable estoppel allows a nonsignatory to a written agreement containing an arbitration clause to compel arbitration where a signatory to the agreement must rely on the terms of the agreement in asserting its claims against the nonsignatory. The court concluded that nothing in the drafting history of the New York Convention suggested that it sought to prevent contracting states from applying domestic law that permits nonsignatories to enforce arbitration agreements in this context.