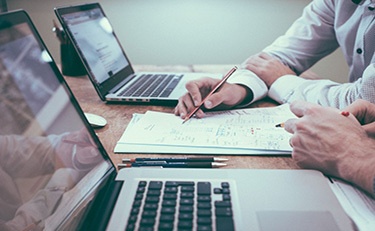 Lexology GTDT Market Intelligence provides a unique perspective on evolving legal and regulatory landscapes in major jurisdictions around the world. This interview discusses dispute resolution in the United States.

1. What are the most popular dispute resolution methods for clients in your jurisdiction? Is there a clear preference for a particular method in commercial disputes? What is the balance between litigation and arbitration?

The principal alternatives to court litigation are arbitration and mediation.

As to arbitration, there has been considerable appellate litigation, and, in one notable case, legislation affecting this form of dispute resolution.

The appellate litigation has largely focused on questions about the requisites for the enforcement of agreements to arbitrate, the kinds of claims that will be exempt from arbitration and whether federal law in the form of the Federal Arbitration Act (the FAA) will pre-empt state statutes concerning arbitration procedure and enforcement that conflict with the federal scheme.

In terms of legislation, the California Legislature continues to express hostility towards arbitration, especially in the employment context. In a new law effective 1 January 2020, California employers can no longer require workers to arbitrate state law discrimination or wrongful termination claims. Although the enforcement of that new law has been temporarily stayed, its enactment was inspired by the #MeToo movement and was intended to prevent the silencing of workers who have experienced discrimination.

In 2019, the California Legislature enacted an amendment to California’s Evidence Code, which now requires attorneys to advise their clients in writing on the implications of California’s legal protections for mediation communications before the client agrees to mediation.

2. Are there any recent trends in the formulation of applicable law clauses and dispute resolution clauses in your jurisdiction? What is contributing to those trends? How is the legal profession in your jurisdiction keeping up with these trends and clients’ preferences? Does Brexit continue to affect choice of law and jurisdiction?

By far, the most important trend is the inclusion of mandatory arbitration provisions in commercial agreements. This trend has spawned significant trial and appellate court litigation concerning the enforcement of those agreements, including the interplay between the FAA (which is strongly pro-arbitration) and corresponding state statutes that, in some cases, impose limits and restraints on the enforcement of arbitration agreements.

Importantly, California does not recognize or enforce pre-dispute jury trial waivers. Indeed, in a case from October 2019, the California Court of Appeal declined to enforce choice of law and choice of forum provisions in a commercial contract on the grounds that the enforcement would lead to the forfeiture of a California resident’s right to a jury in connection with a civil dispute. The case highlights the sanctity of the right to jury trial, which is safeguarded in both the US and California state constitutions.

The California State Bar allows attorneys to earn certifications in approximately 12 subject areas and, thereby, promote themselves as certified specialists in those areas. Those areas currently include family law, taxation law and estate planning, trust and probate law. Except for a certification in appellate law, the California State Bar does not currently offer certifications in the areas of dispute resolution, arbitration or alternative dispute resolution.

Outside the State Bar certification program, attorneys practicing in dispute resolution typically organize themselves into specialty groups, such as firms that specialize in plaintiff class action, white-collar defense, product liability defense and personal injury. The pertinent bar rules governing attorney advertising permit law firms to identify their core areas of expertise in their communications to clients and the public at large.

4. What have been the most significant recent court cases and litigation topics in your jurisdiction?

There are two sets of emerging issues in California.

The first area is in connection with labor and employment disputes. In this area, the California Supreme Court issued a decision in 2018, in Dynamex Operations West, Inc v Superior Court of Los Angeles, that reversed decades of precedent concerning the classification of workers as either employees or independent contractors. Under Dynamex, the court ruled that workers are presumptively employees and not contractors, and it imposed the burden on the hiring entity that classifies a worker as a contractor to establish that this classification is supported under the ‘ABC’ test that it articulated in its decision.

This is a very worker-friendly decision that has profound implications for companies such as Uber and others in the gig economy marketplace. Indeed, companies in that marketplace have undertaken efforts to overturn Dynamex through the referendum and legislative processes.

In addition to Dynamex, the recent legislative initiatives Assembly Bill 51 and Senate Bill 707 impact the ability of employers to enforce mandatory arbitration provisions in connection with labor and employment disputes in California.

Separate and apart from labor and employment, the California Legislature recently passed the California Consumer Privacy Act (the CCPA), which enacts a comprehensive privacy regime affecting businesses operating in California. Among other things, it requires companies to update their privacy policies and provide specified notices about their collection of personal information, use and sharing practices. In addition, it provides for a private right of action for individuals affected by data breaches or the compromise of their personal information.

Although the CCPA is too new for there to have been any appellate cases interpreting its provisions, its enactment will undoubtedly spur the filing of privacy-related litigation in California.

5. What are clients’ attitudes towards litigation in your national courts? How do clients perceive the cost, duration and the certainty of the legal process? How does this compare with attitudes to arbitral proceedings in your jurisdiction?

I’m interpreting ‘national courts’ to mean the federal district courts and courts of appeal as distinct from the state courts. As many readers may know, the US has two sets of trial and appellate courts corresponding to the federal and state systems.

The conventional wisdom is that the quality of the judges in the federal system is superior to that in the state system. The federal courts also tend to be more rule-bound than the state court system and stricter in terms of the enforcement of deadlines so that defendants sued in state court will often ‘remove’ a pending case to the relevant US district court. Removal is a matter of right if there is subject matter jurisdiction in the federal court.

6. Discuss any notable recent or upcoming reforms or initiatives affecting court proceedings in your jurisdiction.

There were only a few amendments in 2019 to California’s Code of Civil Procedure, which governs procedures in state trial courts. Perhaps the most notable of these is a rule that would allow parties to stipulate an initial disclosure requirement modeled after Rule 26 of the Federal Rules of Civil Procedure.

If parties opt-in by stipulation to this requirement, they must exchange information at the inception of litigation. The information will include the identity of all persons likely to have discoverable information, along with the subjects of that information, that the disclosing party may use to support its claims or defenses; copy or description of all documents, including electronically stored information, that the disclosing party has in its possession, custody or control that may be used to support its claims or defenses; insurance agreements; and indemnification agreements.

Importantly, this new state court procedure is triggered only by agreement of the parties, whereas the disclosure requirements under Rule 26 of the Federal Rules of Civil Procedure are mandatory.

7. What have been the most significant recent trends in arbitral proceedings in your jurisdiction?

Both the California Legislature and the California appellate courts have expressed hostility to pre-dispute arbitration agreements. This hostility is especially strong in the context of consumer and employee-employer disputes, where the perception is that consumers and employees lack meaningful bargaining power in resisting the imposition of those agreements. Indeed, two legislative initiatives passed in 2019, Assembly Bill 51 and Senate Bill 707, impact the ability of Californian employers to compel arbitration of labor and employment disputes.

Outside the consumer and employee contexts, pre-dispute arbitration agreements, if properly drafted, are usually enforced. The key battleground in this area is often whether the pro-arbitration procedural rules of the FAA will displace the state procedural rules governing the enforcement of agreements to arbitrate. This is an ongoing battle in which the state and federal courts have issued divergent decisions.

8. What are the most significant recent developments in arbitration in your jurisdiction?

There have been two highly significant Legislative developments in California affecting arbitration.

Assembly Bill 51, signed by California Governor Gavin Newsom in October 2019, prohibits employers from requiring mandatory arbitration agreements from employees. Although enforcement of this new law has been temporarily stayed, its enactment underscores the California Legislature’s hostility to mandatory arbitration, especially in employment and consumer-related disputes.

9. How popular is ADR as an alternative to litigation and arbitration in your jurisdiction? What are the current ADR trends? Do particular commercial sectors prefer or avoid ADR? Why?

Mediation is utilized in a significant proportion of civil cases in California. Arbitration is typically utilized only where the parties have a pre-dispute arbitration agreement. This is thought to be because plaintiffs will typically want to preserve their right to a jury trial.

What is the most interesting dispute you have worked on recently and why?

Some years ago, I successfully represented a well-known celebrity in a case brought by a former franchisee couple of the celebrity’s company, who claimed they had been indoctrinated into believing the celebrity’s program for self-improvement and, as a result, had improvidently given up their former jobs and lifestyle. The case was interesting because although it was styled as a suit for damages, it questioned the responsibility for individual decision-making in circumstances where the plaintiffs alleged that they had been ‘hypnotized’ owing to the celebrity’s ‘cult-like’ persona.

Describe the approach adopted by the courts in your jurisdiction towards contractual interpretation: are the courts faithful to the actual words used, or do they seek to attribute a meaning that they believe the parties actually intended?

California follows, at least in theory, the objective theory of contracts. This means that the interpretation of contracts is generally a matter for the court as distinct from the jury. The court will ordinarily determine the legal meaning and effect of a written contract, giving effect to the words in their ordinary meanings. The parties’ subjective, uncommunicated ‘intent’ about the meaning of the contract is ordinarily inadmissible. The key exception is when a contract term is ambiguous. In that case, extrinsic evidence, such as evidence concerning the parties’ negotiations or, in some cases, expert testimony, will be admitted to explain or clarify an ambiguity.

What piece of practical advice would you give to a potential claimant or defendant when a dispute is pending?

It is critical that all litigants maintain and preserve electronic records, including emails. Failure to do so may result in the court giving a jury instruction concerning spoliation of evidence that could adversely affect the litigant’s credibility to the jury

For plaintiffs, the selection of forum is critical at the outset. They must also consider at the outset the availability of provisional remedies as the issuance of these often have an outcome determinative impact on the course of the litigation.