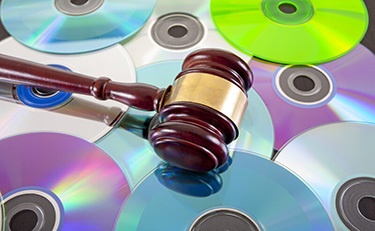 The MMA was unanimously approved in both chambers of Congress before the President’s signature and marks the first major copyright legislation since the Sonny Bono Copyright Term Extension Act of 1998 (aka the Mickey Mouse Protection Act). The MMA is actually a collection of three separate laws (the MMA, the CLASSICS Act, and the AMP Act) designed to address three specific areas of music law that have been rife with uncertainty since the Copyright Act of 1976. The Copyright Act of 1976 created federal copyright protection for any music recorded in or after February 15, 1972, but left pre-February 15, 1972 recordings subject to a patchwork of state protections. This uncertainty has led to numerous and costly lawsuits as the performance landscape continues to move to the digital arena, the most prominent one settling for $99 million two years ago.[2]

The first law, and probably most significant, the MMA will change the process for obtaining a compulsory license for digital performance of a work (whether download or streaming) from a song-by-song basis to a blanket license “covering all musical works available for digital licensing.”[3]In order to comply, the Copyright Office will create a mechanical licensing collective (“MLC”), which will maintain a database of all works available for compulsory licensing. The MLC will additionally receive notices, identify works and copyright holders, and distribute royalties. It also creates a process for the use of orphan works, which are works whose copyright owners cannot be identified or located. Finally, the MMA moves the rate-setting standard used by Copyright Royalty Judges from a policy-oriented rate setting standard to an open-market standard (i.e., rates based on an arm’s length seller/buyer transaction).

Third, the AMP Act codifies the process by which music producers receive royalties via SoundExchange for public performances of their works, per Section 114 of the Copyright Act of 1976.[4]

This legislation was passed not only with unanimous bipartisan support, but with support from almost every aspect of the music industry, including songwriters, producers, engineers, performers, record labels, and distributors.

Now that the MMA has been signed into law, the next step—the creation and management of the MLC—will be no easy task. The Copyright Office must now write the regulations for the MLC and approve its 17-member board of directors: ten voting representatives from music publishers; four voting representatives who are songwriters with rights to their own publishing; and, three non-voting members representing, respectively, a nonprofit trade association of music publishers, a digital licensee coordinator, and a nonprofit advocating for songwriters. As each sector of the industry vies for more favorable regulations and seats at the table in the MLC, the unanimous industry support for the MMA may begin to splinter.

The creation and regulation of the MLC aside, the majority of this legislation will go into effect with little friction or fanfare and serve to streamline significant aspects of the music industry.