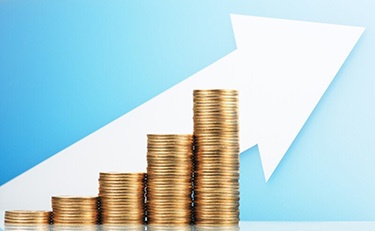 The United States Department of Labor (DOL) recently announced a proposal to increase the minimum salary required to qualify as exempt from overtime under the federal Fair Labor Standards Act (FLSA). The new rule would apply to the executive, administrative, and professional exemptions. Specifically, the proposed increase would raise the minimum annual salary required for exempt status from $23,360 to $35,308, and increase the weekly salary rate from $455 to $679.  Employers would be permitted to include “nondiscretionary bonuses and incentive payments” for up to 10% of the $679 per week salary threshold. The minimum annual compensation to qualify for the FLSA’s “highly compensated employee” exemption would be increased from $100,000 to $147,414.

This is a smaller increase than that adopted by the DOL under the Obama administration in May of 2016. At that time the DOL issued a rule which would have raised the minimum salary for exempt status to $47,476 per year. However, the rule was declared invalid by a United States District Court for the Eastern District of Texas. An appeal by the DOL was dismissed by the DOL in September of 2017.

The public has 60 days from the date the proposal is published in the Federal Register to submit written comments. The new rule is expected to take effect January 1, 2020.

Although California employers will be required to meet any new standard established by the DOL and the FLSA, such standards would be in addition to, and not in place of, existing California requirements which are higher than those contemplated by the DOL. As of January 1, 2019, California’s minimum salary thresholds for overtime-exempt employees working for employers having at least 26 employees are $49,920 annually and $960 weekly. For employers having no more than 25 employees, the minimum salary requirements for exempt workers as of January 1, 2019 are $45,760 on an annual basis and $880 on a weekly basis.

This blog is presented under protest by the law firm of Ervin Cohen & Jessup LLP.  It is essentially the random thoughts and opinions of someone who lives in the trenches of the war that often is employment law–he/she may well be a little shell-shocked.  So if you are thinking “woohoo, I just landed some free legal advice that will fix all my problems!”, think again.  This is commentary, people, a sketchy overview of some current legal issue with a dose of humor, but commentary nonetheless; as if Dennis Miller were a lawyer…and still mildly amusing.  No legal advice here; you would have to pay real US currency for that (unless you are my mom, and even then there are limits).  But feel free to contact us with your questions and comments—who knows, we might even answer you.  And if you want to spread this stuff around, feel free to do so, but please keep it in its present form (‘cause you can’t mess with this kind of poetry).  Big news: Copyright 2019.  All rights reserved; yep, all of them.